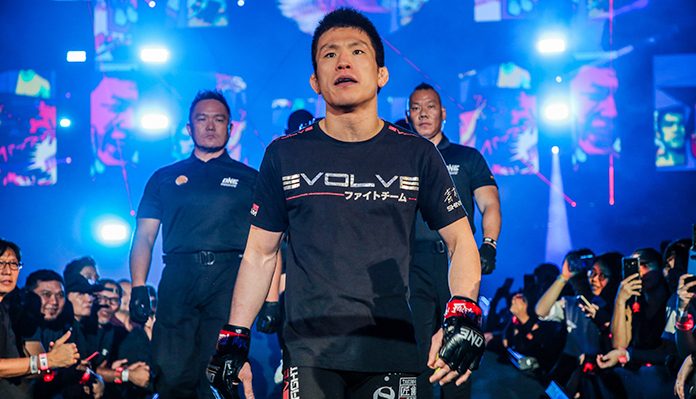 ONE Championship has announced a host of high-profile matchups for its next three events on January 22, January 29, and February 5.

The promotion’s first event of the year, titled ONE: Unbreakable, will go down on January 22. That event, it’s been announced, will be topped by a bantamweight kickboxing title fight between champion Alaverdi Ramazanov and challenger Capitan Petchyindee Academy, and co-headlined by a welterweight clash between former title challenger James Nakashima, and former lightweight champion Shinya Aoki. The card will also feature appearances from former ONE welterweight champ Zebaztian Kadestam, and atomweight contender Meng Bo—the only woman to defeat UFC strawweight champ Zhang Weili.

The next card on the calendar is ONE: Unbreakable II, scheduled for January 29. That card will be headlined by a heavyweight clash between former Cage Warriors champion and ONE title challenger Mauro Cerilli and “Dagestan Machine” Abdulbasir Vagabov. The card will also feature a heavyweight clash between Senegalese wrestling sensation Oumar Kane, AKA “Reug Reug,” and ONE Championship mainstay Alain Ngalani.

ONE Championship will then promote a third event in as many weeks, titled ONE: Unbreakable III. That card, it’s been revealed, will be headlined by the mixed martial arts return of Stamp Fairtex, who formerly held the ONE atomweight Muay Thai and kickboxing titles. Stamp will get a tough test in her MMA return, as she’s been matched up with debuting Ukrainian Alyona Rassohyna, who is 12-4 overall with an 83 percent submission rate. ONE: Unbreakable III card will be co-headlined by the return of Japan’s Shoko Sato, who will look to lock up a crack at bantamweight champ Bibiano Fernandes with a win over Fabricio Andrade.

All three of these cards will emanate from ONE Championship’s home base of Singapore. Will you be tuning in for the promotion’s first three events of 2021? Let us know your plans in the comments section.