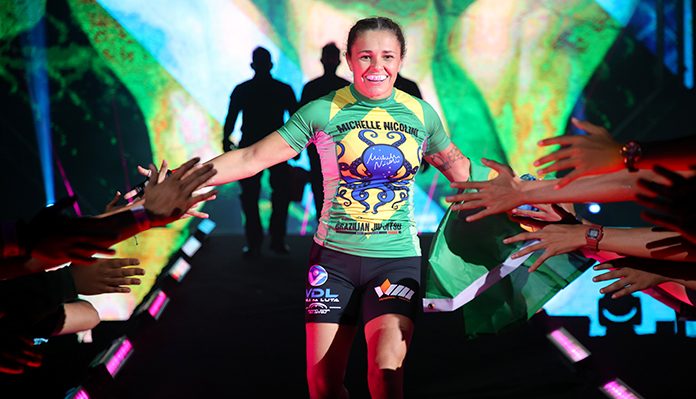 Multiple-time Brazilian Jiu-Jitsu World Champion Michelle Nicolini has been waiting for her name to be called since her last bout back in November of 2018. On 12 July, she makes her highly-anticipated return in the co-main event of ONE: Masters of Destiny at the Axiata Arena in Kuala Lumpur, Malaysia.

Nicolini’s first ONE Championship test for 2019 comes in the form of reigning ONE Women’s Atomweight World Champion and former ONE Women’s Strawweight World Title challenger Angela “Unstoppable” Lee of Singapore.

The highly-decorated BJJ practitioner will be coming off a decision loss to former title contender Tiffany “No Chill” Teo, who was able to keep Nicolini from imposing her gameplan on the ground. 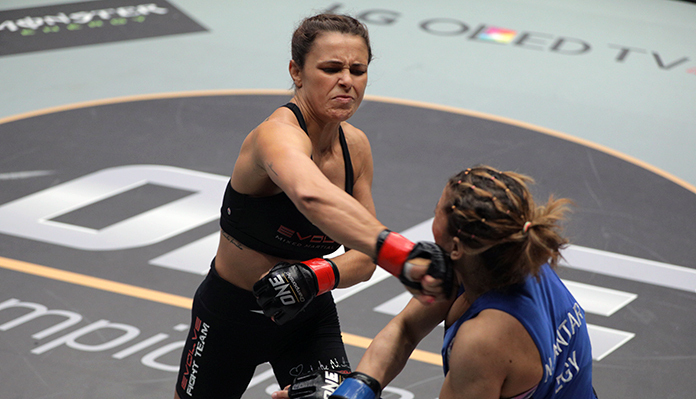 Since that loss, her first under the ONE Championship banner, Nicolini has gone back to the drawing board and has been training non-stop.

“Since I came back from my last fight back in November, I have been training so that I continue to learn new things and I am also trying to fix the things that didn’t work for me during that fight,” Nicolini shared.

Lee herself is coming off the first loss in her ONE career, and in her martial arts career in general, as the Singaporean fell to reigning ONE Women’s Strawweight World Champion “The Panda” Xiong Jing Nan’s strikes in the final round of ONE: A New Era back in March. 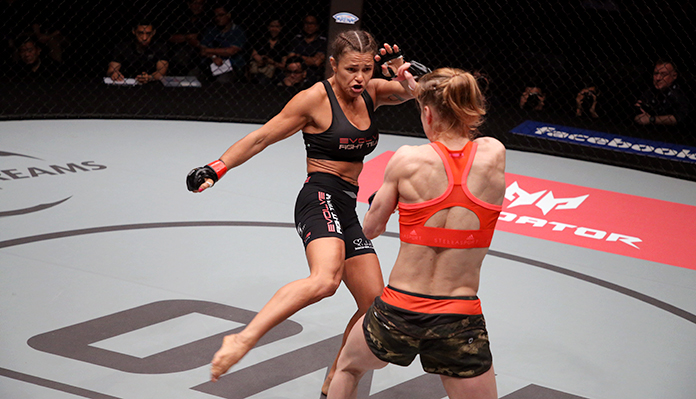 The matchup with Michelle Nicolini will only be Lee’s second foray into the strawweight division, but the Brazilian grappler believes that her opponent could very well become a mainstay in the women’s 56.7-kilogram ranks.

“I am of the mindset that we can do whatever we believe in,” Nicolini said.

“For me, the women’s Atomweight division is super difficult to make, especially with ONE Championship’s format. I, personally, could not go down and make weight at women’s atomweight, but if Angela believes that she can continuously keep coming up to the women’s strawweight division and compete at the same level, then we will see it.”

Hungry for redemption and some action, Michelle Nicolini is pumped to give the best performance of her career against a World Champion who is on a quest for a second title.