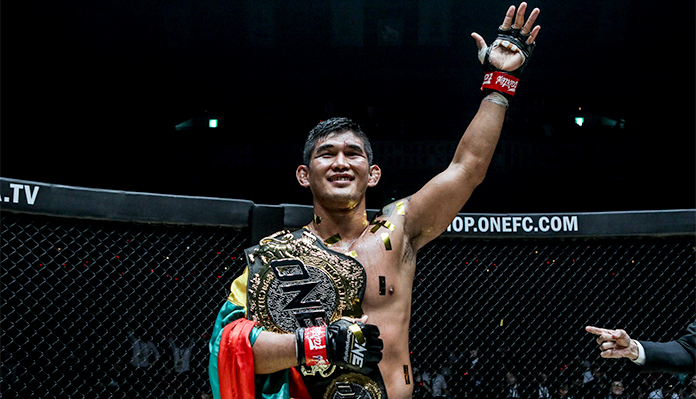 For the first time since 2015, Aung La N Sang didn’t compete three times, but the reigning ONE Middleweight and Light Heavyweight World Champion still had a banner year in 2019.

As we await the announcement of “The Burmese Python’s” first bout of 2020, let’s take a moment to look back at what he accomplished in 2019.

In March, for the first time in the promotion’s history, ONE Championship held an event in Japan.

ONE: A New Era was a huge event and because of how significant it was, having Aung La on the card was a no-brainer. He won a thrilling fifth-round KO over the rugged Japanese challenger Ken Hasegawa in their last match at ONE: Spirit of a Warrior

The two men traded heavy blows until an uppercut from Aung La crumpled Hasegawa and led to the late finish. Despite the definitive result, most recognized how competitive Hasegawa had been. 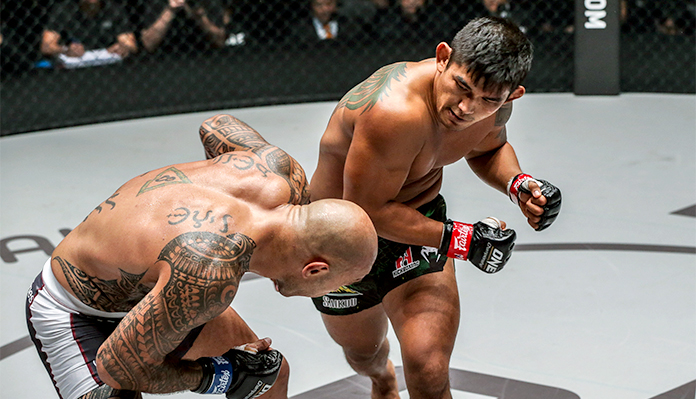 The match was considered one of the top bouts of the year and thus there was a buzz for a rematch. That second meeting happened in Tokyo at ONE: A New Era.

This time, Aung La would leave no doubt and he’d remove the drama early.

Wasting little time to exert his dominance, Aung La peppered Hasegawa with jabs and crashed through his defenses with power shots. It was only a matter of time before the end came and Aung La secured another stoppage victory over Hasegawa.

The end would come midway through the second round and needless to say, a third match doesn’t seem necessary. Aung La left no question as to who the superior mixed martial artist is between he and Hasegawa.

Aung La’s other 2019 match was set up moments after his win over Hasegawa. ONE Heavyweight World Champion Brandon Vera would climb into the ring to challenge Aung La to a champion-vs-champion match at the upcoming ONE: CENTURY card back in Japan in October.

Aung La accepted the challenge and the bout was official. 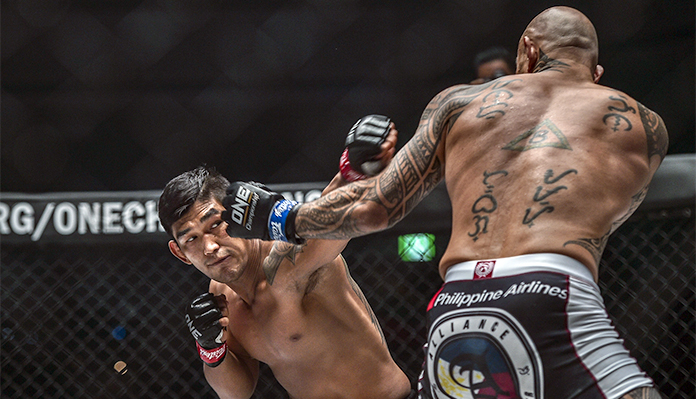 If fans thought ONE: A New Era was a major event, it seemed regular once everyone understood the scope of ONE: Century.

The show was so large it was cut into two parts (a morning and evening session) and both were full-length cards.

The Aung La-Vera match headlined the second card and Aung La was determined not to disappoint. With his ONE Light Heavyweight World Title on the line, Aung La had no problems handling his naturally larger opponent.

Vera is known for his striking prowess. In fact, all of his wins with ONE have come by knockout. Despite the effectiveness of his opponent’s stand-up game, Aung La stood in and seemed to be the stronger of the two.

A combination in the second round found its mark and put Vera down and out. Aung La had successfully defended both his middleweight and light heavyweight crowns. The next time he climbs into the ONE circle, he should be well-rested, healthy and prepared to continue his reign as one of the top stars in the promotion.