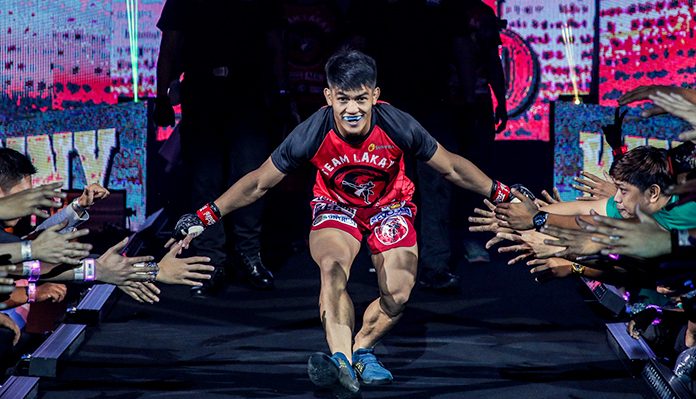 The number of eye-popping matchups scheduled for the two ONE: CENTURY cards in Tokyo on October 13 is staggering. There are multiple world championship matches, and Grand Prix finals spread across a morning and evening events.

The lineup of bouts, in three different sports, and the dual cards as part of ONE’s celebration of 100 events, offers a unique presentation of action for fans. It’s a concept that is fairly unprecedented in combat sports.

Speaking of rare occurrences, Team Lakay’s Danny Kingad is looking to do something that few have accomplished. Kingad has battled his way to the final of the ONE Flyweight World Grand Prix where he will face the legendary Demetrious Johnson. The winner will have earned an all but guaranteed shot at ONE Flyweight World Champion Adriano Moraes.

There is no question; Johnson is the favorite to win. His resume in mixed martial arts is nearly unmatched. He’s a 12-time UC champion who has displayed otherworldly skills and athleticism throughout his career.

He’s had two matches with ONE Championship since the promotion acquired him in a groundbreaking trade for former ONE Welterweight World Champion Ben Askren. In those bouts, Johnson has proven he still has the elite combination of speed, technique, and power.

His wins over Yuya Wakamatsu and Tatsumitsu Wada were his proving ground, and he has emerged unscathed. Kingad has beaten Reece McLaren and Senzo Ikeda to get to this point, and he eked past the former via split decision. 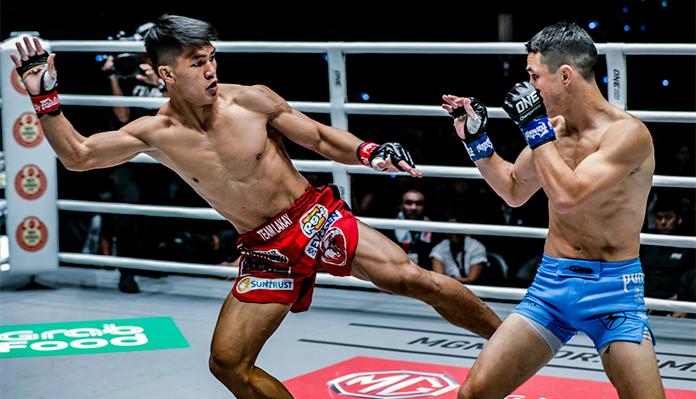 When you look at resume and experience, it would appear Johnson is the clear favorite, but there is always a path to success, even if it seems unlikely.

Here are some of the things Kingad must do and avoid if he plans on pulling off the monumental upset:

Catch Him With A Huge Right Hand

The great equalizer for a gap in speed, technique, and expertise is in punching power. We saw a bit of this when Yuya Wakamatsu knocked out Geje Eustaquio in the Philippines at ONE: Dawn of Heroes earlier this year.

Eustaquio was the former ONE Flyweight World Champion with the more sparkling history with the promotion, but the power in the right hand from the young Japanese rising star ruled the day.

The punch Wakamatsu used to knock Eustaquio out was the same one he landed against Johnson in their quarterfinal matchup of the Grand Prix at ONE: A New Era in March.

Johnson’s chin is underrated. He took the shot without buckling, though his eye was swollen afterward. Johnson would win the match via second-round submission with a guillotine, but there was a bit of a nervous moment for him.

Kingad doesn’t have the same physical makeup as Wakamatsu, he’s much shorter. However, he is an explosive athlete. He must look to counter Johnson’s jab with an overhand power shot or uppercut. If he can land a big punch, he could change the tone of the match and set himself on course for the upset. 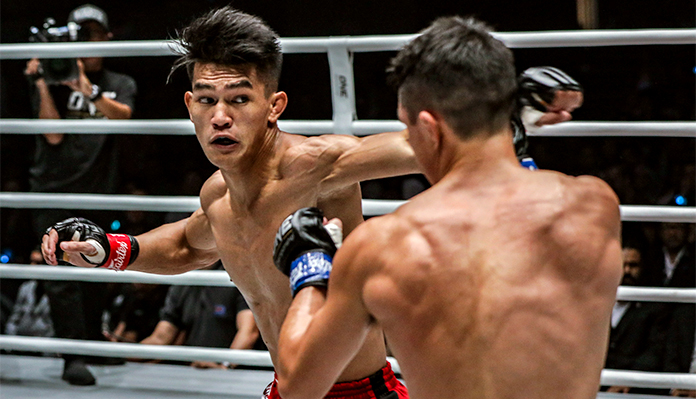 Stay Out of Wrestling Situations

The legendary Bibiano Fernandes, the reigning ONE Bantamweight World Champion, is Johnson’s longtime Brazilian Jiu-Jitsu coach. Johnson regularly rolls with one of the best, and he has demonstrated his elite-level grappling on many occasions.

Johnson put it on display against Wakamatsu, and to a lesser degree in his last match against Wada. The latter is longer, and his length seemed to give Johnson a few issues in the second round, but it wasn’t enough to sway the judges’ decision.

Kingad cannot hope to have that type of success. If the match goes to the ground, Kingad’s prospects drop significantly. He must keep the action standing to have a chance.

Flyweights are often bigger with ONE Championship than they are in other promotions, and there are also other differences such as the physical combat structures (rings and circles). All of these details could play a role in the outcome of the bout. Both of the examples amount to a bit of luck on Kingad’s side. He’ll need some elements of good fortune if he is to defeat Johnson.

Usually, Kingad is the more explosive athlete when he competes. That has helped him overcome the height and length disadvantages he routinely faces in his matches. That won’t be the case in this bout. Johnson may be the faster competitor while also enjoying a rare size advantage, at least from a length standpoint. To put it plainly, a win by Kingad in Japan would send shockwaves through the mixed martial arts community. you can bet that’s exactly what the young Filipino contender has in mind.

Do you think Danny Kingad can upset Demetrious Johnson at ONE: Century?