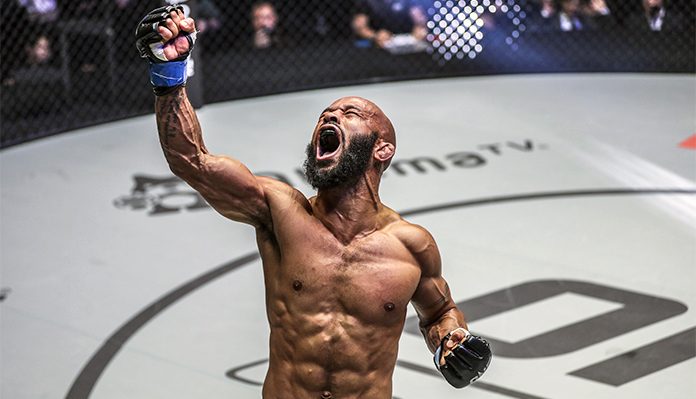 ONE Championship star Demetrious Johnson was recently stopped at U.S. Customs as a result of his ONE Flyweight Grand Prix title belt.

“Mighty Mouse” kickstarted his run with the Asian promotion earlier this year at ONE Championship: A New Era, and ever since then he has defeated Yuya Wakamatsu, Tatsumitsu Wada and Danny Kingad en-route to securing the grand prix win.

Johnson will now challenge for the ONE Flyweight Championship, but before that, he needs to deal with the added attention that comes with holding onto the aforementioned title belt – which is absolutely massive.

Johnson spoke about being stopped at Customs during a recent interview with MMA Junkie.

The former UFC champ also spoke about what the grand prix success meant to him.

“This is my favorite one, man,” Johnson said. “This one means the most to me. Years ago I was a huge fan of PRIDE, and you’d see the belts guys like Mirko Cro Cop got when they won their grand prix tournaments. That was a special deal. So to go over to Japan with their history for tournaments and add my name to the list of people who have won tournaments and get the belt, yeah, that makes this one real special for me.”

Demetrious Johnson is widely known as one of the greatest mixed martial artists of his generation and potentially of all time, and as we look ahead to his ONE Championship future, that legacy could continue to grow.