Demetrious Johnson reveals how he appreciated trade to ONE Championship after losing flyweight title: “I was surprised and happy”

ONE Championship flyweight contender Demetrious Johnson has revealed how happy he was to land there.

‘Mighty Mouse’ is set to face Adriano Moraes at ONE on Amazon Prime 1 on Friday. The bout is a rematch of their prior encounter in April 2021. In that outing, Johnson was knocked out in the second round. That stoppage loss was the first of his career.

Ahead of his return to the ONE Championship cage, the 36-year-old has reflected on how he landed in the promotion. Johnson was traded from the UFC in October 2018, just months from his title loss at UFC 227. In that bout, the-then flyweight champion lost his title to Henry Cejudo by split decision.

Due to Demetrious Johnson’s lengthy title reign, many figured he would get a trilogy matchup with ‘Triple C’. Instead, he was traded from the promotion to ONE Championship. In return, the UFC acquired former Bellator welterweight champion, Ben Askren.

Now, in an interview with Morning Kombat, the 36-year-old has reflected on his being traded. In the interview, Johnson revealed that he actually welcomed the move. Prior to his trade, he was already looking to possibly move on from the UFC.

The reasoning was that the former champion wanted to do new things, such as kickboxing. Johnson has gotten the chance to do new things in ONE Championship, such as his 2021 mixed-rules fight with Rodtang Jitmuangnon. 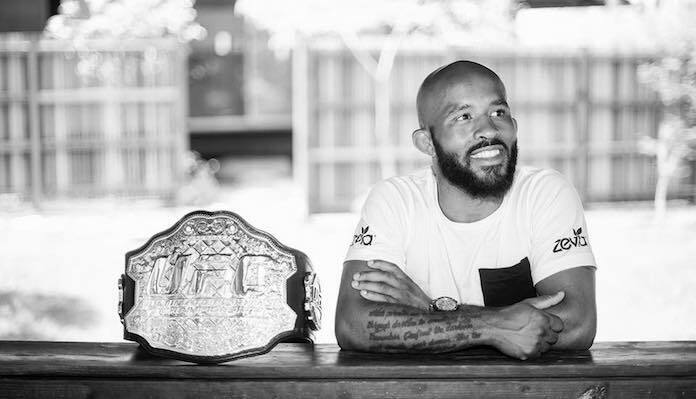 Demetrious Johnson continued, “Two, I could lose to Henry Cejudo and I’m stuck back where I was. Or, I could get out of my contract because they were talking about getting rid of the flyweight division anyways, maybe I can go test free agency…ONE Championship was like, hey, we’ll trade you, Ben Askren, for Demetrious Johnson. UFC said ‘Yeah, sure, sounds whatever’. I was surprised, I was happy, I was like ‘Dope!’. It gave me the opportunity to do something else. When I went to ONE Championship, my goal was to do something different.”

What do you think about Demetrious Johnson’s comments? Sound off in the comment section below!