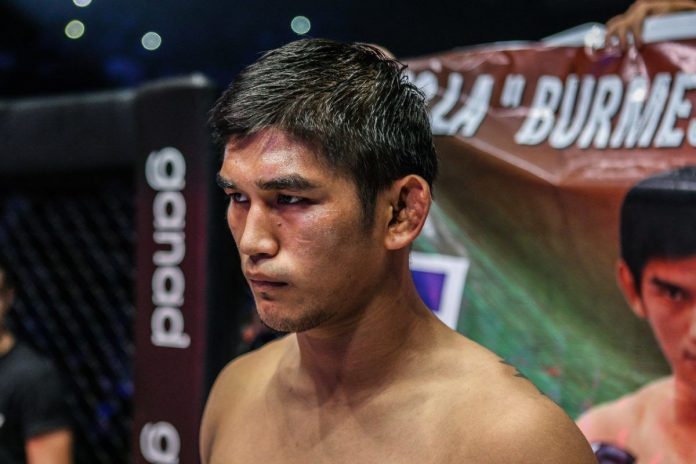 On October 26, from Thuwanna Indoor Stadium in Yangon, Myanmar, ONE Championship will present ONE: PURSUIT OF GREATNESS. Headlining the card is ONE middleweight and light heavyweight world champion Aung La N Sang, “The Burmese Python” will defend his 185-pound title against Lebanon’s Mohammad Karaki. Whenever Aung La performs in front of his countrymen in Myanmar, the atmosphere is electric. Expect the energy in the building to be amazing for this one as well.

Karaki is 9-0 in his career as a professional. He’s finished all but one of his opponents. Karaki is making his promotional debut and he’s immediately being dropped into one of the most difficult situations to perform. Before he takes his first swipe at Aung La, he must first prove he can handle an atmosphere that will be rooting for the local legend to maintain his title.

We’ve known for weeks that Aung La’s title would be on the line against Karaki, but the rest of the card was recently confirmed. This card doesn’t have as many examples of martial arts as ONE: KINGDOM OF HEROES, but it is still another example of the diverse set of disciplines the promotion features on a regular basis.

Here is a look at the full slate of matches which features martial arts and kickboxing.

In addition to the main event, ONE’s featherweight division will be in the spotlight. The division showcase begins with Myanmar’s Phoe Taw putting his undefeated record on the line against Keanu Subba. Don’t be shocked to see this one end by a finish. Both men have already demonstrated their striking prowess. Phoe scored a memorable KO victory over Sor Sey at ONE: QUEST FOR GOLD in February to run his record to 6-0. It’s still a candidate for KO of the year. With Phoe performing in front of his own people, he’ll more than likely be looking to keep his undefeated record intact while also putting on a show in the process. 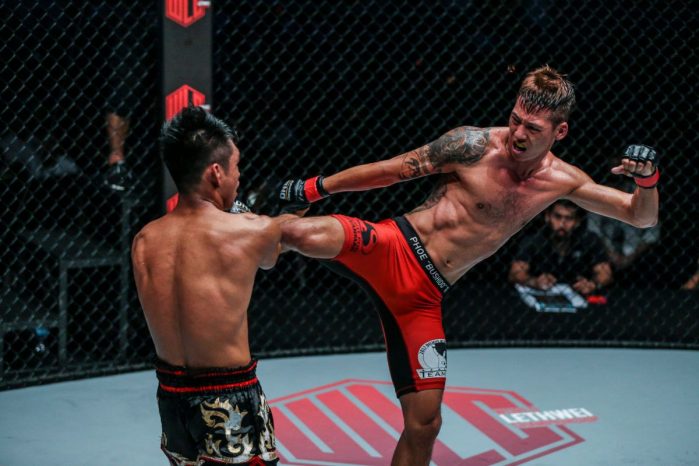 As impressive as Phoe has been, Subba is no one to take lightly. He’s a little more experienced as a professional and he’s coming off a first-round submission win over Xie Chao in his last bout. That win improved Subba’s record to 6-3. He should be a good test for Phoe. Can he pass it with the pressure of competing in front of his people, and knowing that Aung La’s bout is coming up a little later that night? That’s just one of the questions we should get an answer in Yangon.

Just before the main event, another 145-pound battle could help matchmakers line up the next contenders to Martin Nguyen’s title. The dangerous Rafael Nunes will attempt to continue his 100-percent finish rate when he takes on the imposing Russian, Movlid Khaibulaev. Nunes does have two defeats on his professional record, the latest one came in his last match against Tetsuya Yamada. The bout was stopped by a ringside doctor in June at ONE: SPIRIT OF A WARRIOR and Nunes fell to an 11-2 record. Nunes is looking to bounce back but he doesn’t have an easy matchup in front of him.

Khaibulaev is one of the latest of Russia’s top martial arts products. None of Khaibulaev’s 12 opponents have had an answer for him. He’s unbeaten through a dozen bouts and that includes a unanimous-decision win over Herbert Burns at ONE: THRONE OF TIGERS in February 2017.

Khaibulaev briefly left the organization for a bout with Ilya Kurzanov in October 2017, but he’s been inactive for more than a year. He can’t afford to show any rust against Nunes who will be eager to rebound from his recent defeat. If you’re looking for a bout that could push the main event for Bout of the Night honors, it might be this one.

There are three matches from the Super Series Kickboxing roster on tap too. The most highly regarded is a tilt in the light heavyweight division. The resurgent Ibrahim El Bouni will look to maintain his hot streak. He’s won three consecutive matches and a four-bout win streak could lead to a title shot in the near future. Tarik Khbabez is there to stop the streak at three, but that’s easier said than done. El Bouni has competed all over the world and in the heavyweight divisions. He’ll be expected to win, but anything can happen in the ring.

Action begins at 6pm and it can be seen anywhere in the world via the ONE app.