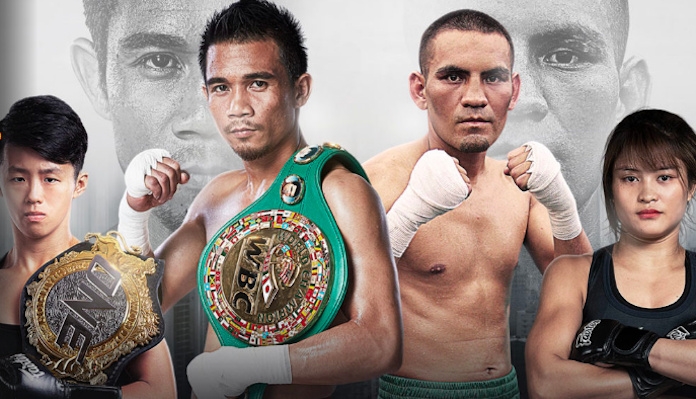 The next ONE Championship card on the calendar is a big one. This card, titled ONE: KINGDOM OF HEROES, goes down in Bangkok, Thailand on October 6, and features not only mixed martial arts action, but several Muay Thai and kickboxing bouts, and a WBC boxing title fight in the main event.

Here are the key details of this epic ONE: KINGDOM OF HEROES card, which will broadcast for free on the ONE Super App.

The card will be headlined by a blockbuster boxing match, as WBC Super Flyweight World Champion Srisaket Sor Rungvisai attempts to defend his title against Mexico’s Iran Diaz in front of thousands of his Thai fans.

Other highlights of this stacked card will include an MMA showdown between Japanese legend Shinya Aoki and Ev Ting, a Muay Thai bout between pound-for-pound great Nong-O Kaiyanghadao and France’s Mehdi Zatout, and a kickboxing showdown between UFC and WEC veteran Anthony Njokuani and Dutch legend Andy Souwer.

Here’s the full lineup for ONE: KINGDOM OF HEROES in Bangkok.

ONE: KINGDOM OF HEROES Main Card (Streaming free on the ONE Super App)

ONE: KINGDOM OF HEROES Prelims (Streaming free on Facebook and the ONE Super App)