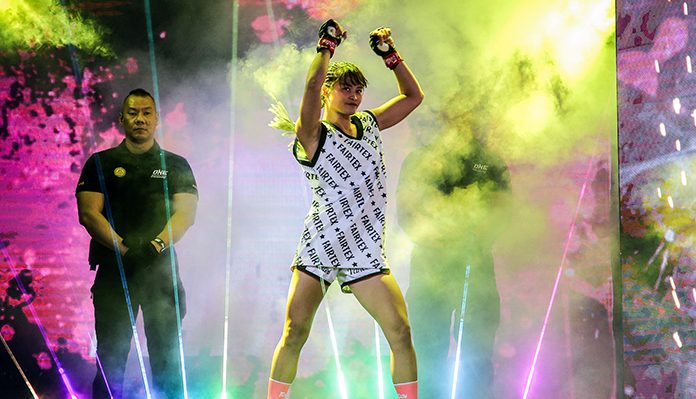 ONE: Legendary Quest was another successful martial events for ONE Championship as the promotion brought its brand of action to Shanghai once more.

In the main event, 21-year-old two-sport world champion Stamp Fairtex successfully defended her ONE Atomweight Muay Thai World Championship against 18-year-old Alma Juniku. The challenger made an excellent account of herself, but in the end, she didn’t have the power or experience necessary to dethrone Stamp.

In the co-main event, Agilan Thani ended his own losing streak while handing Japanese legend Yoshihiro “Sexyama” Akiyama a loss in his promotional debut.

The two men engaged in a war that saw Thani take the unanimous decision on the strength of his grappling and more effective striking. After the event, some intriguing matchups for the four athletes in the main and co-main events came to mind as well as a few others who were also in action.

Here are six matches that would be great competitions after ONE: Legendary Quest. 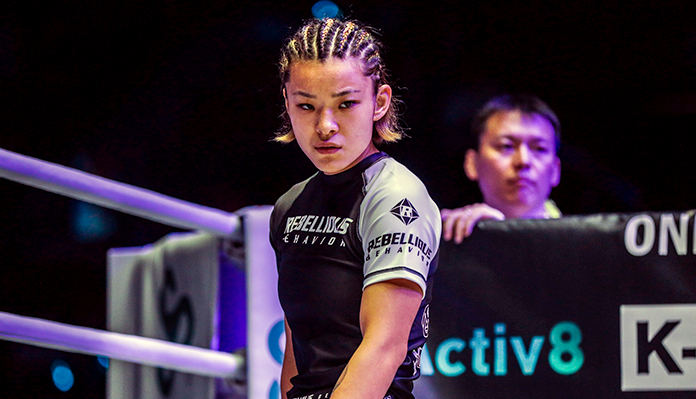 Hirata was successful in her ONE debut in Shanghai. She defeated Angelie Sabanal with an Americana in the first round of their preliminary bout. The win ran Hirata’s record to a perfect 4-0, and she has a definite future as a possible star in the women’s Atomweight division. There is a long way to go, but it might be time for her to face another potential rising star in the promotion.

Vietnam’s Bi Nguyen may fit the bill. Nguyen made a successful ONE debut in April when she defeated Dwi Ani Retno Wulan via TKO at ONE: Roots of Honor. Nguyen has had only eight professional mixed martial arts bouts, and she has compiled a 5-3 record. Both women are considered prospects, so it would seem like a logical matchup. 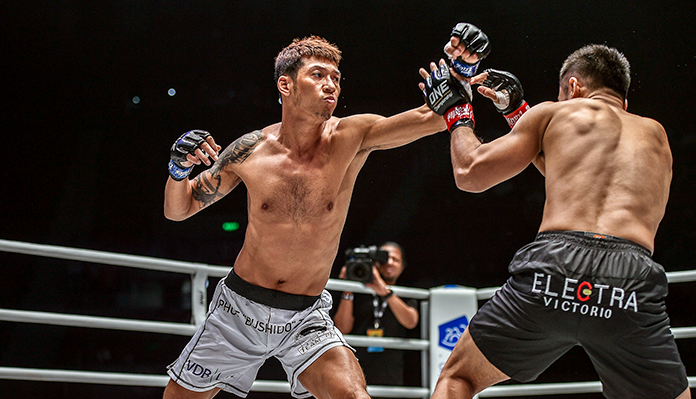 Myanmar’s Phoe Thaw showed off his finishing ability again on Friday at ONE: Legendary Quest when he scored a KO victory over Victorio Senduk. Phoe Thaw has made a habit of putting together explosive finishes with ONE. He’s a featherweight still honing his talents, but there is no question, he is a dynamic striker. Sometimes, contrasting styles make for the best matches.

There may not be another featherweight with ONE who has a style that contrasts with Phoe Thaw’s more than American Brazilian Jiu-Jitsu expert and undefeated prospect Garry Tonon. Thaw’s only loss with ONE came to a grappler in Keanu Subba, and quite honestly, the 34-year-old from Yangon looked lost on the ground. The question is: how much has Thaw improved? If he’s in there with Tonon, you’ll find out. 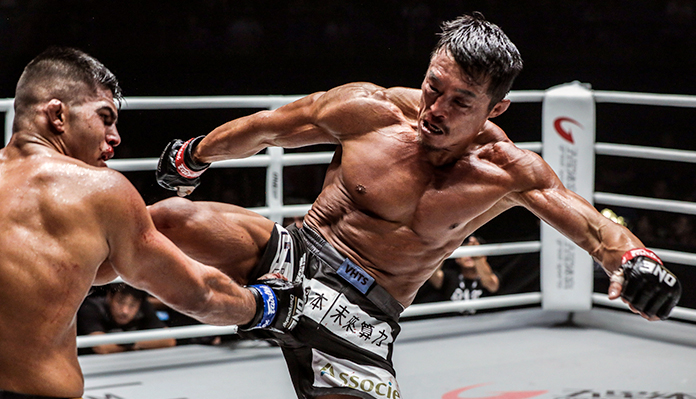 There is a vast age difference here. It’s 20 years to be specific, but both Akiyama and Northcutt might be in a position where they are a good match for one another. Northcutt lost his ONE debut as he was obliterated by Cosmo Alexandre in just 29 seconds. He came to the promotion with a lot of hype, and that’s clearly not what he had in mind when he signed.

Akiyama has already had a storied combat sports career, but he seems to still have an interest in competing, despite riding a two-bout losing streak. An Akiyama-Northcutt scrap could be a crossroads match, and that’s why it might be so compelling. 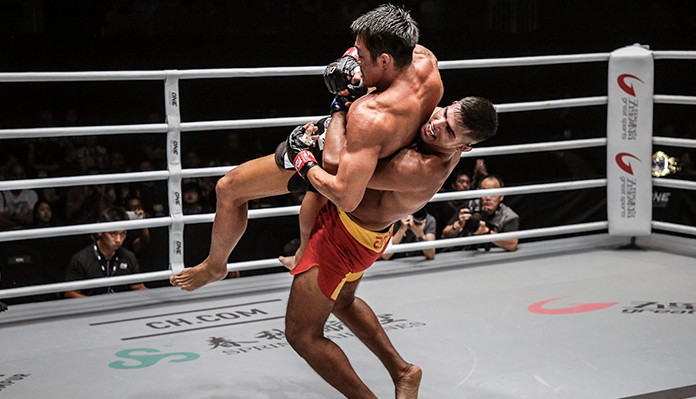 Thani was able to shake off his losing streak to earn the win over Akiyama at ONE: Legendary Quest. At one point, Thani was on the cusp of a title shot, but he lost to Zebaztian Kadestam in a bout for the vacant ONE Welterweight World Title, and Thani was again defeated by Kiamrian Abbasov. If Thani is still looking to get to a point where he can challenge for a title, he needs to look at facing guys who were on the doorstep of a title themselves.

Kadestam defeated McGuire to win the vacant title, so it makes sense for Thani to face the latter in a match that could bring him back to the brink of a title shot. 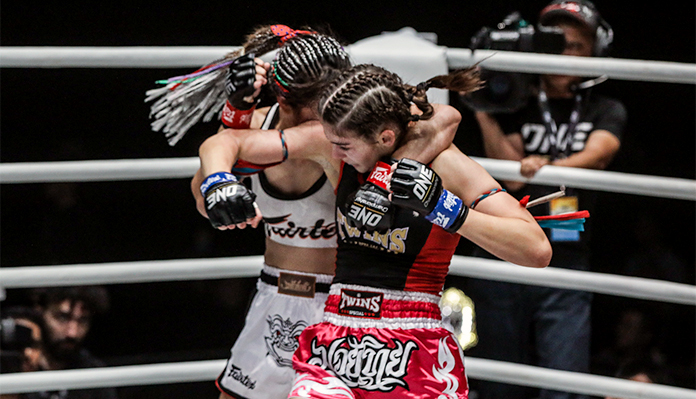 Perhaps this is too much, too soon for Juniku, but when you consider how competitive she was against Stamp in the main event, it appears the 18-year-old is ready for more top competition. Todd had her shot at Stamp, and she also failed to defeat her. If the two women were to meet sometime later this year, it would allow both to solidify themselves as top contenders for Stamp’s title. 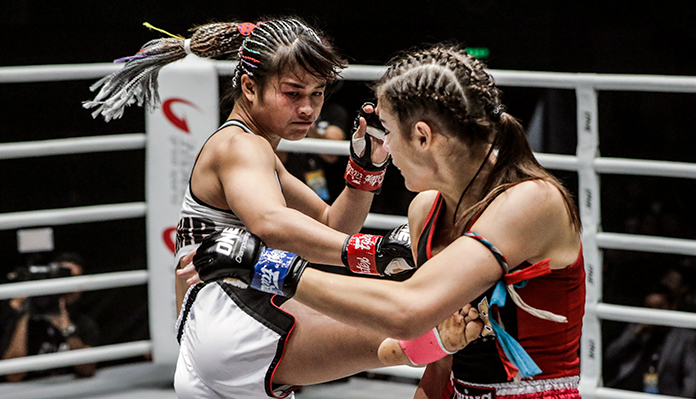 Stamp is just 21, and it seems she’s already looking for new challenges. Championships in two sports aren’t enough for Stamp. She has expressed an interest in chasing glory in mixed martial arts.

Stamp owns a 1-0 record in the sport, as she scored a TKO victory via head kick over Rashi Shinde in 2018 as part of the ONE Warrior Series. It wouldn’t be a surprise if Stamp had another mixed martial arts bout booked before the end of the year.