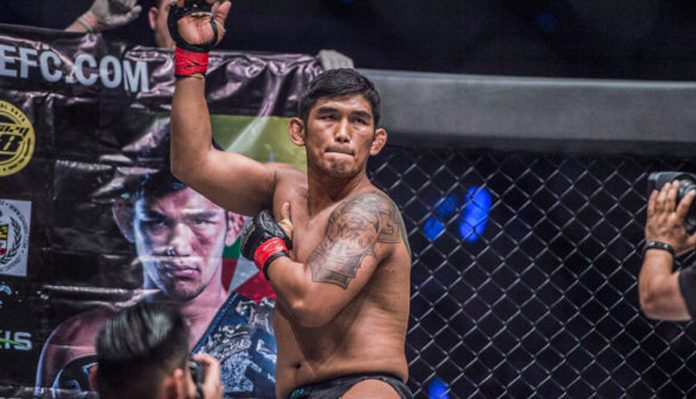 There are a handful of top-tier, seasoned titleholders on the ONE Championship roster, and Aung La N Sang is one of them.

He is one of the promotion’s most beloved, revered and respected martial artists. N Sang will put his middleweight title on the line against Mohammad Karaki in the main event at ONE: Pursuit of Greatness on October 26 in Myanmar.

“The Burmese Python” holds both the ONE middleweight and light heavyweight crowns. N Sang has compiled a 23-10 record in his professional career and he’s 8-1 with ONE Championship. He’s currently on a four-fight win streak. He is a tough out in any location, but even tougher to defeat in his home country of Myanmar.

Karaki is the man tasked with not only dethroning N Sang but also doing it in front of a partisan crowd that would like nothing more than to see their champion retain his title and extend his winning streak.

Over the years, facing N Sang in Myanmar has become one of the most daunting tasks in the sport. The chances of winning a decision don’t seem promising and the champion’s skill set has become more balanced with each contest. With ONE Championship, he is a perfect 6-0 in his homeland. 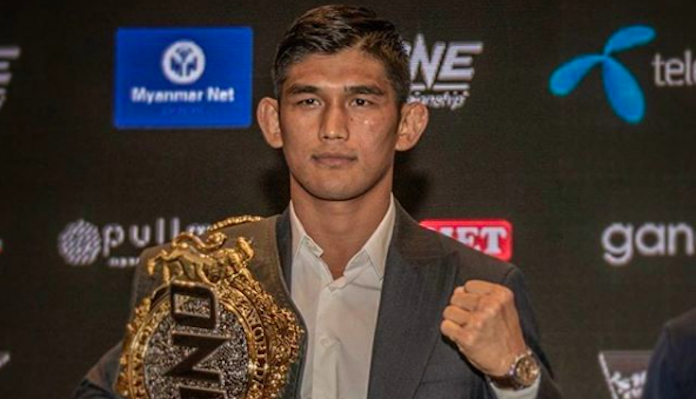 That said, don’t take Karaki for a joke. The Lebanese martial artist is 9-0 in his career and believes he has the skills to defeat N Sang.

He was born in Beirut, Lebanon and is a two-division champion with other organizations. He grew up watching and idolizing martial arts heroes in movies but began training Brazilian Jiu-Jitsu as a teenager.

He’s now a brown belt in the discipline. Karaki didn’t make his pro debut until 2012 when he was 21 years old. Karaki and his family fled Lebanon for Morocco in 2016, and that delayed the development of his martial arts career. It’s part of the reason he hasn’t faced elite competition up to this point. Now at 27, as he has looked increasingly dominant with every bout, Karaki looks to be ready to face upper-echelon opponents.

While Karaki’s base is grappling and Jiu-Jitsu, he is powerfully built and he possesses heavy hands. He’s not the type of grappler who simply wants to ground you and look for a submission. If he gets top position, Karaki wants to punish you with punches and elbows.

Eight of his nine pro victories have come by stoppage. He’s not just stopping opponents, he’s getting them out of there quickly. In his last five bouts, Karaki has four stoppages and all of them have come in the first round.

His biggest win came against the previously undefeated Alaa Mansour in December 2017. Mansour of Egypt came into the bout with a perfect 6-0 record. It didn’t take long for Karaki to exhibit his superiority.

Sensing he had a huge advantage on the ground, Karaki countered a wayward right hand from Mansour and landed a perfectly timed double-leg takedown. He immediately assumed the top position and within seconds, Karaki had secured a full mount. Mansour tried his best to turn, elevate and to explode out of the position, but Karaki did a great job making himself heavy.

To bring the bout to a close, Karaki dropped a devastating left elbow that knocked Mansour out cold and brought an immediate halt to the bout. Since then, Karaki has also secured a first-round submission win over Sallah-Eddine Dekhissi in April.

That is the win that set up his title opportunity and ONE Championship debut. Against N Sanf, Karaki will likely have to use all of his tools if he is to have success. N Sang’s best skill is his grappling, but over the past few years, he has become more efficient and dangerous with his punches.

Because of Karaki’s Jiu-Jitsu training, he may be able to find some success on the ground, although, he doesn’t figure to have the same strength advantage against N Sang. The Burmese Python has competed at 205 pounds, and strength is never seemingly a problem for him.

That would likely be the case even if he was facing a stocky challenger like Karaki. In fact, when Aung climbs into the ring to face Karaki, he might actually be the bigger man. That’s a dynamic Karaki hasn’t had to face in many of his bouts. Nonetheless, if Karaki can get the bout to the ground, that’s where he figures to have the most success.

While it is a tall order for Karaki to defeat N Sang, it’s fascinating to think of what would happen if he pulls the upset. Not only will he have won a ONE championship belt in his debut, but he will also have defeated a promotional legend and one of the faces of the organization.

A rematch between Karaki and N Sang would almost certainly be in the cards, and that bout would be an even bigger event than the one on October 26. The stage is set. Now Karaki just has to win.