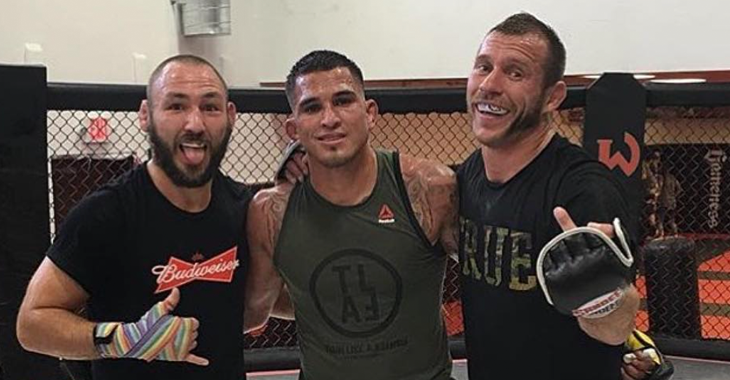 Nate Diaz is still riding the wave following the biggest win of his career after submitting Conor McGregor at UFC 196. Diaz is scheduled to fight McGregor in an immediate rematch in the main event of UFC 200 and will get a chance to prove that the first win wasn’t a fluke.

While Diaz has the giant fight booked with McGregor, he might be looking to set up some fights after his bout with McGregor at UFC 200.

Fans had a big reaction when they saw the one and only @natediaz209’s comment on the photo that simply said, “Fukn dorks.”

While Diaz already has a win over Cerrone from their fight at UFC 141, surely fans would not be upset at a rematch between the two veterans. Diaz also has yet to fight former lightweight champion, Anthony Pettis. Perhaps some matches to be made after UFC 200. Thoughts?