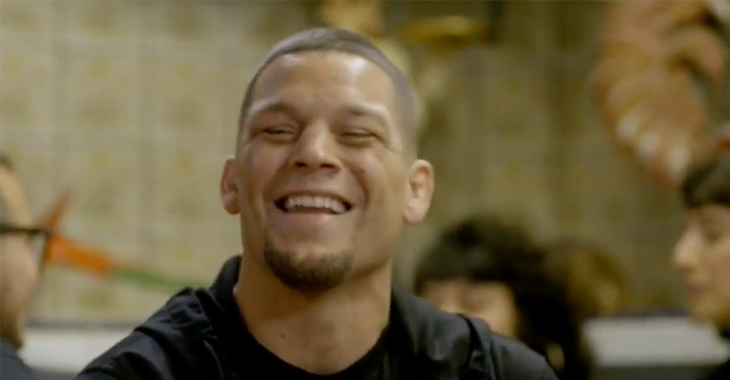 Shortly after his thrilling boxing match with Floyd Mayweather Jr., Conor McGregor and his team began expressing interest in a trilogy fight with his fiercest rival, Nate Diaz. This trilogy fight, McGregor said, would have to be in the 155-pound lightweight division, rather than the welterweight division where the pair’s first two battles occurred.

Speaking to Submission Radio, Diaz’s boxing coach Richard Perez weighed in on a possible rematch with McGregor. He believes it’s going to take a significant pay boost to get Diaz back into the cage with the Irishman.

“At least $20 million, $30 million,” Perez said (h/t MMAFighting.com). “Come on. UFC’s making a whole lot of money, a whole lot of money and they’re pocketing it. They’re giving more to McGregor, so it’s not fair because it takes two in that ring to draw a crowd – I mean, a good two fighters. It’s just like Mayweather when he fought Berto. It was not even sold out at all. It was embarrassing. It’s because that guy couldn’t draw a crowd. See, that’s what I’m saying, it’s the fighters that draw the crowd, and Nathan and McGregor, third one would be outstanding. Everyone knows that. So he needs to get paid at least $30 million easy.”

Perez also explained that he expects a great performance from Diaz in a possible trilogy fight:

“Right now in the last two fights he fought him, the first time was 11-day notice, so it wasn’t enough time but it was enough time to get a win. Second time he got injured so he had to lay back, so it put him back as far as being in shape and being accurate in timing. And people were thinking, ‘oh, he’s gonna come back and be better,’ no, they don’t see the outcome of it, the true outcome of what happened. It’s like any fighter.

“You know, like (Manny) Pacquiao. He had a rotator cuff that was messed up. He fought Mayweather, it went the distance, but he lost and that’s what I’m saying. These guys are true warriors, they go out there and still fight. So as far as McGregor coming out in the cage if he fights Nathan and Nathan gets in shape, it should be a good fight, a great fight, because Nathan can move and he’s got great footwork and he can throw a lot of combinations and make McGregor miss, counter off of it, use his reach.”

How do you think a Conor McGregor vs. Nate Diaz trilogy fight would go?