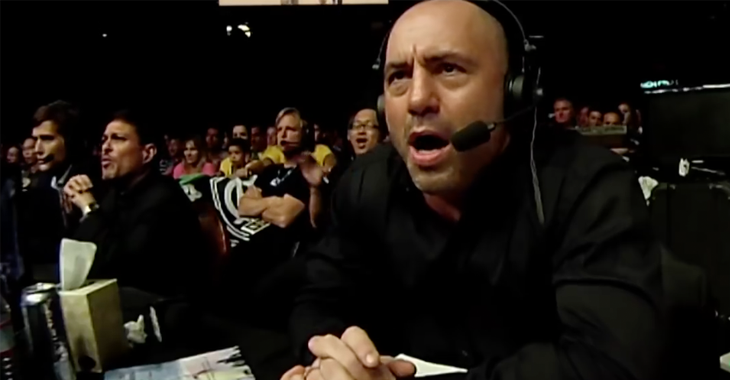 With Mike Goldberg no longer a part of the UFC commentating team, Joe Rogan will have some different company for the UFC 208 pay-per-view event taking place on February 11, at the Barclays Center in Brooklyn, New York. With the UFC restructuring and going in a different direction for the commentating team, the next UFC pay-per-view event will feature a trio of commentators that people seem to be excited about.

Ariel Helwani tweeted that Rogan will be joined by Jon Anik and current UFC light heavyweight champion Daniel Cormier in the booth to call the fights this weekend.

Anik and Cormier last commentated together at the UFC Fight Night 103 event that took place in Phoenix, Arizona on January 15. UFC 208 will be the return of a three-man commentating team as the two commentators join Rogan to call the fights.

UFC 208 will also feature the return of former UFC middleweight kingpin Anderson Silva, who is currently ranked #7 in the official UFC rankings. Silva will meet #8 UFC ranked middleweight Derek Brunson in the co-main event of the evening.