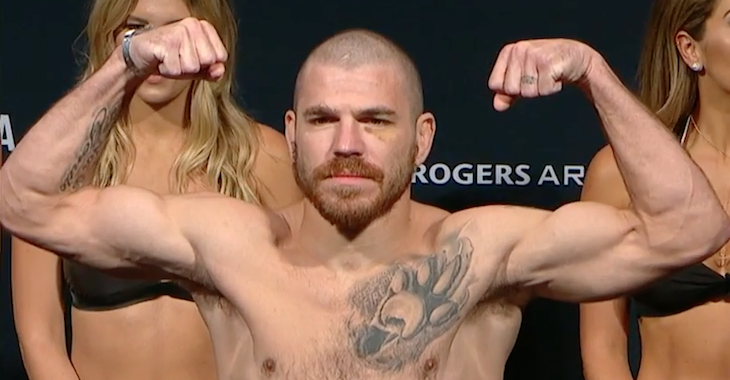 Earlier this year, UFC President Dana White announced that the UFC had signed 1-0 Mickey Gall, with the intentions of him eventually fighting CM Punk.

Unfortunately, Punk’s debut was postponed several times due to injuries. In the meantime, the UFC booked Mickey Gall to fight Mike Jackson. Gall left the MMA world stunned as he picked up a spectacular 1st round finish.

Now, with Gall and Punk set to fight in just over 24 hours on the main card of UFC 203, Gall’s teammate Jim Miller has opened up on what it’s been like training with the young superstar throughout the course of his MMA journey.

He spoke on Three Amigos Podcast:

“Mickey is not your typical 2-0 fighter,” Miller said. “That’s what people need to grasp. He’s that kid that was in there at 15 years old, training with grown men who were doing this professionally, training with guys who are fighting in the UFC, at the top of the sport, and doing that for the last 8 years. He’s the guy that, as a fighter, you’re like, ‘Well in 10 years, they’re going to be kids that have been doing this their whole life and they’re going to be athletes.’ He’s one of those kids!

“Had he not found that road in, had he not had Dana White at his debut fight and called out CM Punk and gotten that golden opportunity, he would be the fighter that would be in the UFC after 6 fights. He’d be that Chris Weidman, Jon Jones — those very few diamonds in the rough that are going to be there in an instant or a year or two of fighting pro, competing [in the UFC].”