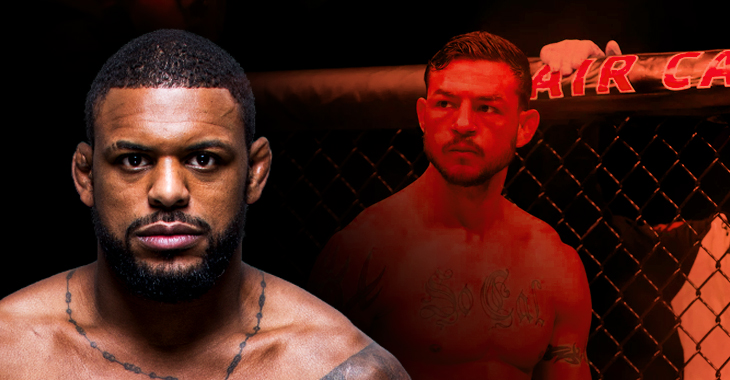 At the beginning of the month, UFC lightweight contender Michael Johnson dropped a bombshell that he wanted to debut in the featherweight division against none other than Jose Aldo. What comes as a surprise to us, this wasn’t a spur-of-the-moment decision for Johnson. Turns out he was thinking about the move down the whole time. Former champ Aldo has a fight with Ricardo Lamas in the works, but that isn’t dissuading Johnson to set his eye on a serious challenge at featherweight. Now, Johnson says he wants to scrap with Cub Swanson.

“I think me and Cub [Swanson] would be a great fight. I wanted [Jose] Aldo first, but it looks like him and Ricardo [Lamas] are going to fight, and man, I mean, Cub would be the next great option. I’ve gotten into this business with one thing on my mind, and that’s to fight the best guys in the division, to fight whoever’s the champ, whoever’s beaten everybody. Those are the guys I want to fight, so a fight with Cub, you know, that’s right up my alley.

It looks like @FollowTheMenace doesn't want a warm-up fight for his featherweight debut! https://t.co/egvlv9lmeX

“He’s a friend of mine but it’s all business and I want to test myself. And [Cub Swanson]’s the one that will test me. Man, December 30’s right up my alley. It’s a great card. It’s another card in Vegas. I need to redeem myself after my last trip to Vegas, so that’s perfect for me, man. I just got back into training, and I’m hitting it hard. I’m going to be ready for anything that comes up.” — Michael Johnson speaking to FloCombat.

The timing is right, the only thing that may stand in the way of an awesome fight like this is Cub Swanson fighting Brian Ortega at UFC Fresno. However, it looks like that’s not as close as originally thought. If Ortega’s fight with Swanson doesn’t work out, maybe he can give his friend Michael Johnson the type of debut he’s looking for at 145. Either way, you have to hand it to Johnson for picking such high caliber guys who could both give him a lost in his first featherweight fight.

Spoke to @CubSwanson. Despite reports of a fight w/Brian Ortega, he said UFC hasn't offered date or opponent. He's open to December though.

To follow up on last tweet, doesn't mean Swanson/Ortega can't or won't happen in December. But it has not been offered to Cub as of now.