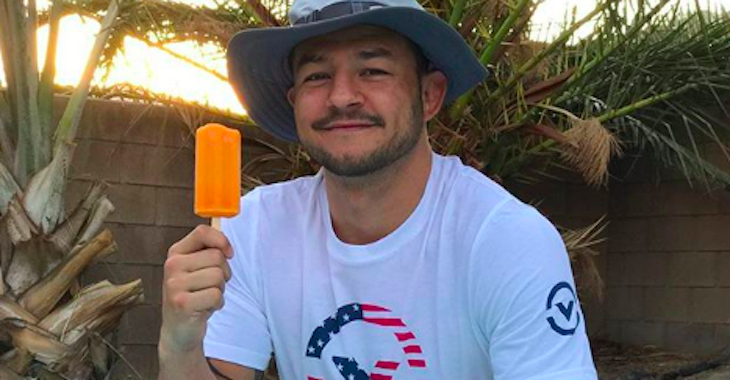 Cub Swanson, one of the UFC featherweight division’s most dangerous contenders, is reportedly looking at a return to the cage this December 9th in Fresno, California. Swanson’s opponent at this Fight Night card is expected to be red-hot prospect Brian Ortega.

It goes without saying that, if this fight indeed goes down, it’s a frontrunner for Fresno’s Fight of the Night honors.

Cub Swanson (25-7) will enter this compelling showdown on a fantastic four-fight streak, have recently thwarted Hacran Dias, Tatsuya Kawajiri, Doo Ho Choi and Artem Lobov. Swanson’s win over Choi was perhaps the best fight of the year 2016, while his decision win over Lobov was an absolute thriller too. Swanson’s last losses came against reigning featherweight champ Max Holloway and current number-one-contender Frankie Edgar. Ortega, meanwhile, is rocketing along with a flawless 12-0 record. Though his UFC debut was rendered a no-contest when he tested positive for drostanolone, he has since rebounded with a TKO win over Thiago Tavares, a submission defeat of Diego Brandao, a knockout of Clay Guida, and most recently, a submission win over Renato Moicano.

The UFC’s debut in Fresno, California – which is a MMA hotbed as the home of American Kickboxing Academy – will also include a clash of middleweight prospects in Welsh knockout artist John Phillips and the unbeaten Eryk Anders. This bout was first reported by MMA Kings on Twitter.

Do you think Cub Swanson can move onto a five-fight streak against Brian Ortega when the UFC touches down in Fresno this December? If he does, do you think he deserves a shot at the winner of UFC 218‘s Max Holloway vs. Frankie Edgar title fight?