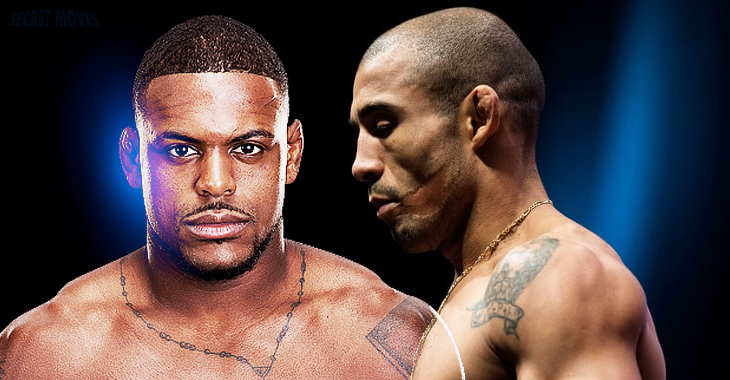 Back on Friday, Michael Johnson told fans and media at the UFC Rotterdam Q & A that he was going to move to featherweight. If that news wasn’t unexpected enough, he told everyone that the first fight he wants for his debut at the weight was none other than Jose Aldo. He’s opened up more about the move since then and it turns out it was always his plan. Not only that, but this move and potential fight could possibly come before the end of this year.

“I was looking toward December, and November got brought up, so we’ll have to see. We’ll have to see everybody’s schedules and see where they can fit me in. [If I can’t fight Jose Aldo, I want] the next toughest guy in line. I think that’s maybe detrimental to my career, maybe hurts it a little bit that I always go for the toughest fight. But my first fight at 145, Aldo is a former champ, he’s one of the best in the world – always been. So, that’s one guy that I would love to fight. I’m not in this sport to fight the guy that’s OK. I want the toughest guy. I want everybody that says he can’t be beat.” “There’s always been a thought in my head to drop down. Regardless of how I was doing in this division, win or lose, that was kind of a plan of mine – to drop down to 145, test the waters. Come back up to 155, maybe, because I fought everybody in the top 10 of the 155. I fought numerous people. I just wanted to see new changes, new faces and to see how I react. It has nothing to do with the fact that I lost to Justin [Gaethje]. Even if I would have won, 145 still would have been a thought in my mind.” – Michael Johnson told MMA Junkie at UFC Fight Night 115.

Jose Aldo has said that he’s willing to fight anyone for a spot on that UFC 217 Madison Square Garden card. It may be a little soon for Michael Johnson to make that drop down in weight, but he did say that November was in the discussion even though he’d prefer December. If Cub Swanson or Ricardo Lamas (or anyone else for that matter) doesn’t work out and Aldo really pushes for a fight to be booked, Johnson could very well be the opponent.