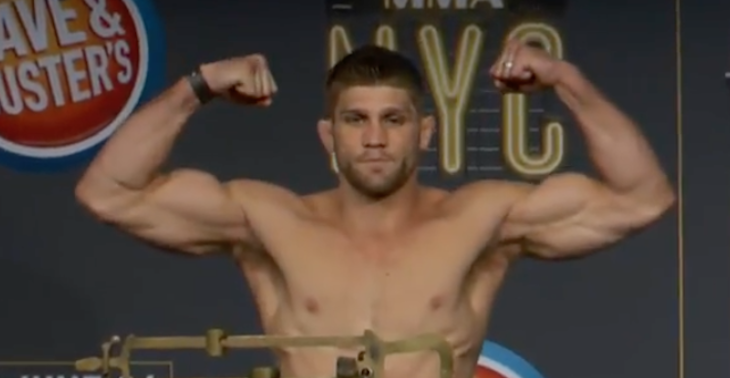 Round one begins and Primus misses with an early high kick attempt. Chandler is pressing forward quickly here. He eats a low kick from Brent and then another. A leg kick sends Chandler to the canvas but he quickly gets back up. Something is wrong with Michael’s lead leg. Primus realizes it and begins throwing bombs on Chandler. He lands leg kick after leg kick. This is not good for the champion. Primus is all over him. Chandler fires off a right hand and it drops Primus. Brent quickly gets back to his feet and begins landing punches. Chandler takes another leg kick and he falls again. The referee steps in and stops the action. This fight is over folks. And NEW!