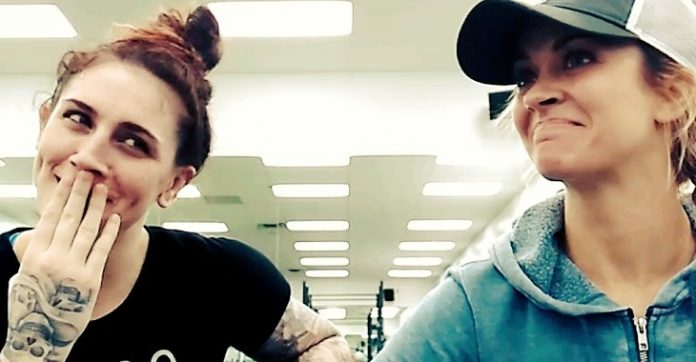 Ahhh, MMA fans! Some of the most unique fans in all of the world. That can both be a complimentary or offensive statement…that’s for you to decide. Either way, with the many different social media platforms we have nowadays, it provides fans around the world with the ability to send messages and comments directly to the athletes they watch on TV.

Censorship does not exist on the internet…so it’s great that these two have such great senses of humor and can take these nasty and vulgar comments in stride. It also just provides for a good laugh so why not have fun with it? 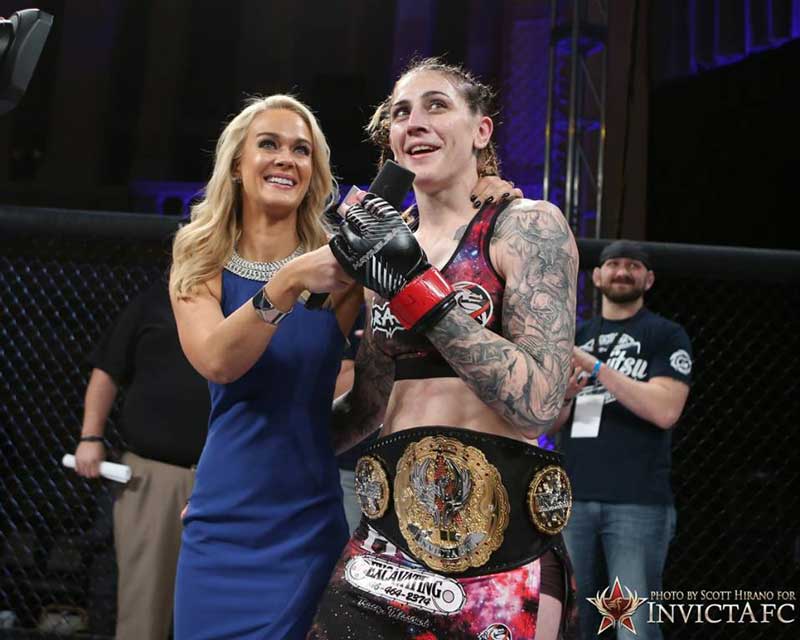 The now-retired Laura “Fancy” Sanko was once a bright prospect in the 105-pound atomweight division. She amassed an amateur record of 4-1 before turning pro and fighting for Invicta where she won her first and only pro bout over Cassie Robb by second-round rear-naked-choke. As mentioned in the video, she retired four years ago after starting a family. Sanko has been most famously known for her time interviewing fighters for Invicta but now also does work for the UFC as well.

Born in Gold Coast, Australia, the twenty-eight-year-old Megan Anderson is one of the very best featherweight fighters in the world as most outlets will have her ranked among the top 3.

She holds an 8-2 record with all but two of her wins coming by finish(four knockouts, two submissions). In reference to those four knockouts, those have all come in her last four fights which included her big title winning effort over Charmaine Tweet in January of last year.

Since that win, Anderson has been signed to the UFC but only to be sidelined with undisclosed reasons that have left her uncleared to compete.

With the reigning champion, Cris Cyborg long being in her sights, Anderson is hopeful to be returning soon where she can finally challenge Cyborg for the title of world’s best 145er.