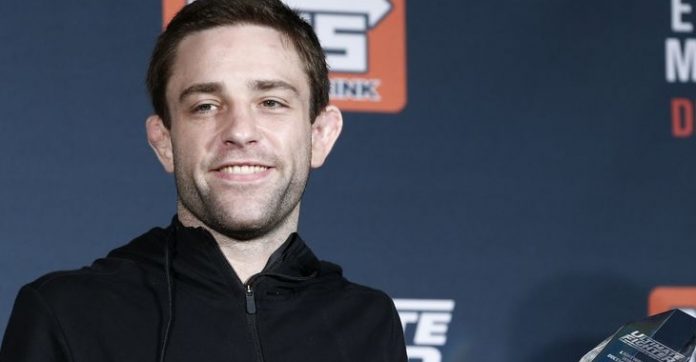 Whether you love him or you hate him, The Ultimate Fighter season 22 winner, BJJ master, Ryan Hall knows how to win fights and take little damage while doing so. Which has led to the discontent of fans on occasion.

Hall is known for being one of the most dangerous opponents one could possibly face on the ground and if you’ve seen him fight before, you can tell that his opponents know it too.

The king of the 50-50 position, Hall is 6-1(two submissions, two knockouts, two decisions) with two wins in the UFC. Both fights have come in the month of December. The first being in 2015 and his last in 2016.

It’s now been over a year since he’s last fought and many have wondered what’s going on with ‘the Wizard’. It hasn’t been an injury…so what then? Hall gave us all some answers recently when speaking to ESPN:

“It’s not for lack of interest on my part. I don’t have ten years in this sport. I am looking to face the most challenging opposition available. After facing a really tough guy like Gray Maynard and coming out more or less unscathed, I would have hoped for someone [ranked] in the top 15.

I view the UFC’s job, in its promoting role, is to facilitate that — to create the opportunities for people to fight. Ultimately, if we are going to take ourselves seriously as a sport and athletes, I think it’s the promoter’s job to facilitate that, and not the athletes’ job to peck at each other and try to create some degree of public fervor.

I know how good I am and I know what I can do. I know I made Gray Maynard look like he doesn’t know how to fight and I know I got through an entire fight with Artem Lobov getting punched one time.”

Hall makes a very interesting case for why he’s not fighting. He wants a step up and to challenge himself…sounds reasonable. He also mentions that he’s not the only one with this thought, he’s just the only one not fighting with it on his mind until he gets it.

“If I go and fight ten randoms…and everyone in the UFC is very tough obviously, but there are significant levels between tiers. There is no correlation between winning fights against randoms and fighting top-tier people. Look at [lightweight] James Vick. People still won’t fight James Vick [9-1 in the UFC].

They know I’ll say yes to anyone who is tough and dangerous. So if they call, they call. If they don’t, I will carry on.”

Hall is an absolute legend in the jiu-jitsu world and has many, many medals to prove it. But will he be able to turn himself into an MMA legend if he keeps with this attitude? What do you think of the unique approach?