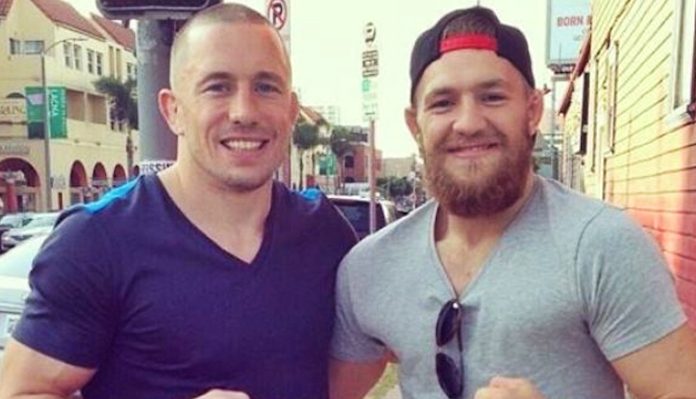 As we draw closer to UFC 223’s fight between Khabib Nurmagomedov and Tony Ferguson, we wonder when Conor McGregor will be stripped and if he’ll be there to watch the lightweight fight and cheer on his friend and teammate Artem Lobov. He has the power of choice. He can choose the winner of that fight and prove he’s still the very best lightweight in the world, or he can not care at all about the title and go for bigger and better things. Whatever is the biggest, Owen Roddy believes he’ll go for that.

“I’m sure if the money was right for Conor and obviously Georges that would be amazing as well. For the 155 belt it would be an insane story. So who knows. Like I always say, I think whatever the fans kick off for the most and whatever the fans rally behind, that’s the fight that would happen, do you know what I mean? […] Wherever the biggest fight is, I’m sure that’s the one Conor will take because that’s what he’s about. He’s not afraid to defend any belt, he’s not afraid to fight anybody, but he wants to fight the biggest fights possible. He’s the biggest name in the sport and he wants the biggest fights that he could possibly do, you know what I mean? I think that’s why people love him.” — Coach Owen Roddy speaking to Submission Radio.

Firas Zahabi, Diego Sanchez and Chael Sonnen have all made arguments for making this superfight between Georges St-Pierre and Conor McGregor happen. Two out of three of them saying it should open up the 165-pound division. Fighting the winner of Nurmagomedov and Ferguson would be gigantic, fighting St-Pierre would be astronomical. Either way, McGregor’s draw and check would be super heavyweight.