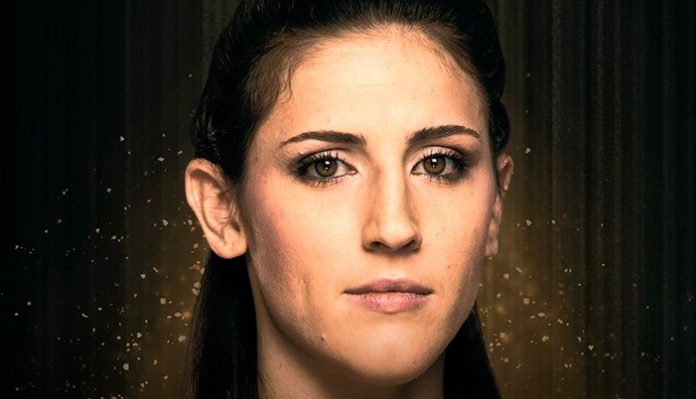 James Krause has had his hand involved in many ways with mixed martial arts. He’s on a four-fight win streak in the lightweight division, he’s a former Ultimate Fighter contestant, and he’s also coached on Team Miocic during this current season of TUF. Although he’s been successful inside the Octagon, Krause has been finding more gratitude and happiness in being a coach.

Krause is the main coach for Megan Anderson who is making her much anticipated UFC debut after plenty of success in Invicta FC. Entering her UFC debut on a four-fight win streak of her own, Anderson will take on former UFC bantamweight champion Holly Holm in the first ever non-title women’s featherweight fight.

There’s another streak currently going for Anderson that Krause says in her four knockout victories, Anderson’s opponents have suffered a broken orbital bone every time and they’re looking to make it five on Saturday.

“we’re absolutely going for it. this is warfare, why wouldn’t i say it?” Krause told BJPenn.com, “this isn’t a friendly game. i’m also not naive to the fact that holly is far more durable and skilled than megan’s previous opponents.”

The much anticipated debut of Anderson doesn’t have a hype train for no reason, she’s considered one of the very best women featherweight fighters in the world, and many consider her the biggest threat to current UFC women’s featherweight champion, Cris Cyborg. Krause says there are so many attributes that she carries which makes her debut must see.

“her power is clear, she hits like a man. that doesn’t happen often with women but there are a few and she’s one of them. her learning curve is amazing. she’s still raw but she’s so good and picks everything up so fast.

Although her UFC debut was delayed and she’s not getting the fight against Cyborg or a title fight right away, Krause said Anderson won’t be entering this fight with a chip on her shoulder.

“we really don’t care who it is. whether it’s cris, holly, title shot, or no title shot. we’re just excited to show her skills. i think it’s pretty obvious she belongs here. i’m not taking anything away from holly, but megan deserves to be here.”

As she prepares for her UFC debut with an incredible opponent in front of her in Holly Holm, Krause knows that the only place to go following this fight is up.

“first of all, holly is superb, i’m not taking anything way from her. but we expect to go in and get the win but after that, who else is there?

there’s been plenty of talk about amanda nunes, but i wouldn’t be surprised if the winner of this fight gets cyborg next and coaches the next season of tuf against her.”

Megan Anderson is finally making her UFC debut at UFC 225 tonight and her coach James Krause has seen the growth and improvement from his fighter, and he knows it’s just a matter of time until Anderson gets the spotlight she deserves as one of the very best women’s featherweight fighters in the world.