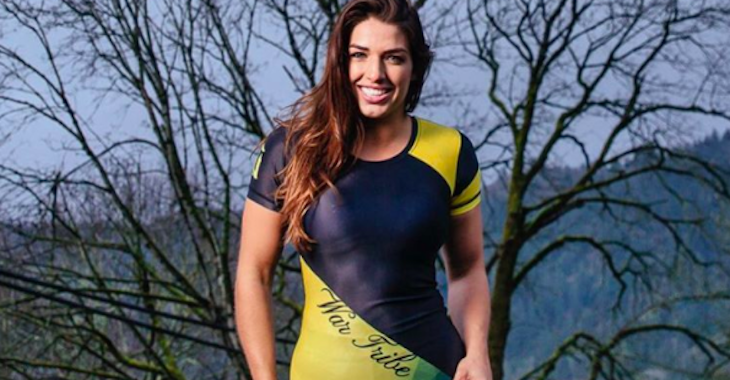 BJJ whiz Mackenzie Dern is now ready to take the next steps of her MMA career. According to a report from MMAJunkie.com, which was confirmed by Dern herself on Instagram, this next step will occur at LFA 24 on October 13 inside Comerica Theatre in Phoenix, Arizona. Dern’s opponent will be Mandy Polk.

“So happy to announce my next MMA fight on October 13th, for [LFA Fighting],” Dern said on Instagram. “I will be fighting at 125lbs, and best is that it will be in Phoenix, AZ, so I am so excited to have all the support at my fight! Stay tuned for ticket info!! Let’s do this!”

As Dern mentions in her post, this bout with Polk will occur in the 125-pound flyweight division. This news is likely to please her detractors, whose primary gripe with her has been her multiple failures to make the strawweight division’s 116-pound cap.

While the 3-0 record Dern has carved out in MMA is impressive, she has unfortunately missed weight for her last two bouts, a 2016 Submission of the Year contender over TUF 26 competitor Montana Stewart at Legacy FC 61, and a decision defeat of Katherine Roy at LFA 6.

With 10 more pounds to play with at flyweight, these weigh-in troubles could well be behind her.

Dern’s opponent, Mandy Polk, is a BJJ purple belt. Since making her MMA debut in 2014, the 32-year-old high school wrestling coach has gone 3-3. She lost her first two bouts, coming up short against Rebecca Ruth and Stephanie Alba, then embarked on a three-fight streak, defeating Briannah Conatser, Anne Malinoff and Ronni Nanney, and most recently lost to Katy Collins.

Before Mackenzie Dern shifts her focus to this newly announced MMA bout, she’ll attempt to defend her -60kg ADCC title this weekend in Finland, per MMAJunkie.

How do you think Mackenzie Dern will look at flyweight? Do you think she’ll receive a call from the UFC with a win?