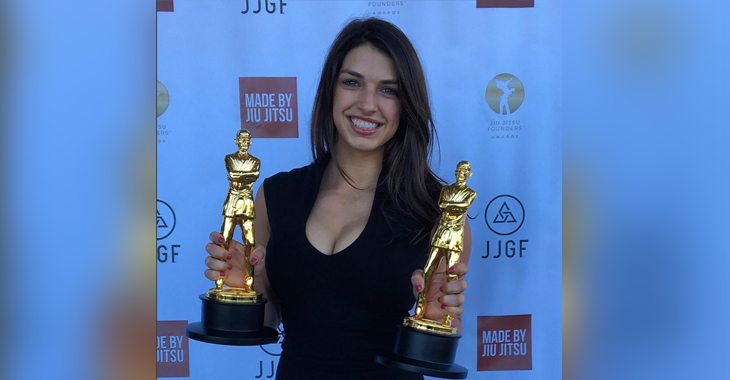 Though Mackenzie Dern came up short on the mats last weekend, giving up a choke to three-time world champion Bia Mesquita in the absolute division of the IBJJF’s Rio Falls event, she remains one of the most talked-about names in the grappling world. Having gone 3-0 in the cage, she’s also emerging as one of the hottest prospects in mixed martial arts.

While Dern’s recent focus has been on her Brazilian Jiu Jitsu roots, she is planning on a return to mixed martial arts competition at a to-be-determined date this summer. Contrary to recent statements and reports, however, her return to the cage will likely not mark her debut in the UFC’s Octagon. This news was first reported by BJPenn.com’s Tom Taylor, who spoke to Dern’s manager.

Just spoke to @MackenzieDern's manager. She's planning to compete in MMA this summer, but "most likely not" in the UFC.

Dern’s first three sojourns into the perilous world of mixed martial arts have occurred under the Legacy Fighting Championship banner.

In her MMA debut, she picked up a unanimous decision win over Kenia Rosas. In her sophomore MMA effort, Dern delivered a 2016 Submission of the Year Contender, submitting the far more experienced Montana Stewart with a jaw-dropping Omoplata rear-naked choke in the first round. In her third and most recent fight, which occurred in early March, she scored a unanimous decision triumph over Katherine Roy. While Dern’s UFC debut is not likely to occur this summer, however, the promotion is undeniably interested in her.

“Obviously, she has a lot of potential, but will she be another Ronda [Rousey]? I don’t know.”

Whenever Dern’s UFC debut occurs, White is bang-on about her potential. At Just 24 years old, her limit would appear to be somewhere in the earth’s stratosphere.

How do you think Mackenzie Dern would do in the UFC? When would you like to see her join the organization? Sound off, PENN Nation!