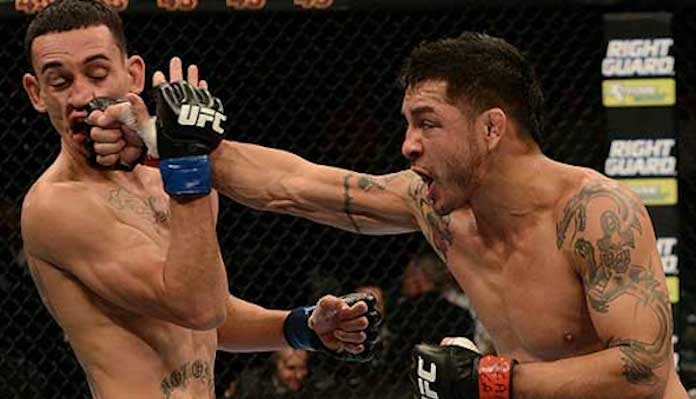 Leonard Garcia, a veteran of the UFC and WEC featherweight divisions, is planning to end his retirement. The all-action veteran is plotting a move to the growing sport of bareknuckle fighting, where he will compete under the Bareknuckle Fighting Championship (BKFC) banner.

Spoke to @badboygarcia on @bjpennradio last night and he told me that he's coming out of retirement to compete in @bareknucklefc early next year!! More coming to @bjpenndotcom soon. #TheFightersVoicehttps://t.co/HQVRFz43lu

“When this bare knuckle thing jumped out, I seen it right away and it caught my attention,” Leonard Garcia said on the newest episode of BJPENN.COM Radio. “I always said I wish we could just punch each other, and not worry about the take downs, not worry about getting kicked or kneed in the head. I just wish we could stand in front of each other and just draw a line in the sand and see who the better man was and when I seen this sport come up, I was like why did this come years after I was out? But I was talking to the group and talking to Cowboy and Duane Ludwig and everybody else and I was like man, what do you guys think about this sport? What do you see? And everybody always tells me the same thing. It’s a tailor made sport for a guy like you. So it kind of makes sense and I don’t know if it’s — what do they call it — a mid-life crisis.”

For Leonard Garcia, this move to BKFC marks an opportunity to end his combat sports career on a favorable note.

“I don’t want to become the old dude who thought he should have when he had the chance, or thought I could have done this or I could have done that. I’ve always done everything kind of spur of the moment type deal and was like yeah, I’m gonna go for it and I don’t think this should change anything. I think this should be the same way. So I kind of feel like it’s a great idea. We like it. We have talked to these guys about it, [BKFC], we have spoken to them several times. As a matter of fact, I spoke to them today. So it’s definitely something that’s gonna happen.”

While no details are set in terms of Leonard Garcia’s first BKFC opponent yet, he recently called for a bareknuckle fight with former UFC lightweight title challenger Diego Sanchez. The reason, he explained, is the growing rift between Donald “Cowboy” Cerrone and JacksonWink MMA, and that Sanchez sided with the Albuquerque gym rather than Cerrone.

“It’s just an interesting thought right now and with the beef that had come up with Cowboy and Diego, it just kind of opened the door to it and I got a little emotional and thought that that was the best way to handle it. I just kind of put the idea out there.”

If this bareknuckle foray doesn’t go the way he hopes, Leonard Garcia is prepared to step away from it. That being said, he feels that he’s still more than capable of performing at a high level in the ring.

“I don’t wanna become that dude that looks geriatric and is out there not throwing punches,” he said. “If I get out there and I watch it and I question my skillset in any way, shape, or fashion, or I look at it and I’m like man that don’t even look good, then I’ll respectfully step away. I’m not doing it for money or for anything else. It’s just I still have a little bit of that itch and then this format was made specifically for me. I believe that this was back in, I can’t remember what era these dudes used to fight with no gloves, just bareknuckle. I believe that was my era. I should have been alive back then. Now I got an opportunity to live now and do it. So I’m gonna get in there and I’m gonna give it hell.

“I haven’t taken any damage in the last three years [while I’ve been retired],” he concluded. “I’ve just done nothing but a lot of bag work, a lot of movement. I actually keep my hands up now more than I ever have in my whole career. So hopefully that translates into this bareknuckle thing. It’s just, I really feel like I still have some good years left, but like you said man, if I get out there and I get hit wrong and I feel like this could affect what I’m doing now in life, I’ll just call it quits.”

How do you think Leonard Garcia will perform in the violent world of bareknuckle fighting?