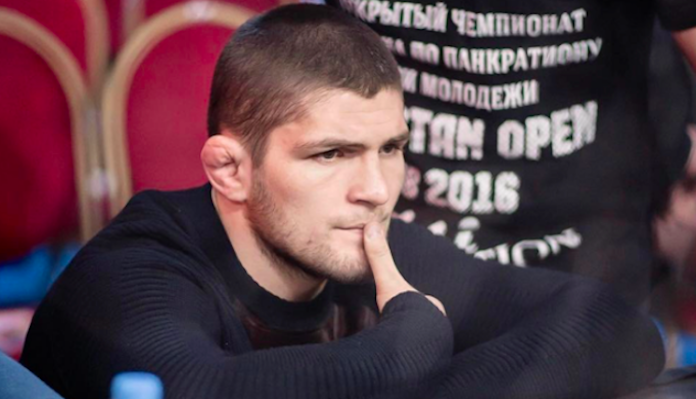 This morning, the MMA community was rocked by the terrible news that Max Holloway—in the midst of his cut down to 155 pounds—was deemed unfit to fight at UFC 223, and forced of his planned lightweight title fight with Khabib Nurmagomedov as a result.

“[Khabib Nurmagomedov] my brother, I want to keep going but they are stopping me,” Holloway said in a Friday morning statement on Twitter, assuring that he would have continued to cut weight were it not for the intervention of the New York State Athletic Commission. “Sorry to your team and the fans. You don’t deserve this. This is number one. Shout outs to you and [Anthony Pettis]. Give the fans what they deserve.”

With Holloway out, the UFC began a desperate scramble to find a replacement opponent for Nurmagomedov.

The most likely option from the get-go seemed to be former UFC lightweight champ Anthony Pettis, who was left without an opponent when his originally scheduled dance partner, Michael Chiesa, was injured in Conor McGregor’s infamous Thursday afternoon rampage. Regrettably, Pettis was quickly ruled out, with reports suggesting he asked for more money than the UFC was prepared to pay, and that the NYSAC didn’t believe he was ready for a five-round fight.

A UFC official said Pettis isn’t re-weighing after all. That’s why they took the scale. Then a PR member said to standby. I’m told at this time there isn’t a deal in place for Pettis to step in.

I'm hearing that @Showtimepettis asked for a bigger payday, #UFC countered with less. Pettis declined, @felderpaul gets the spot. Standing by for more info from my girl @vevyrodrigues in NYC… #UFC223

I’ve hearing a rumour that the commission have told Pettis he’s not fit to go five rounds. Not sure we will see Khabib fight. Only other option is Al as they won’t consider Felder as he’s not ranked. Let’s see if they confirm this, still waiting. #UFC223

As the Tweets above suggest, the next candidate on the table was Paul Felder, who would have been plucked from his main card bout with Al Iaquinta to battle Nurmagomedov. Regrettably, the NYSAC felt that Paul Felder’s station in the rankings—no word on which rankings they were referencing—meant that he wasn’t eligible to fight the undefeated Dagestani star.

I tried to get it. Commission is stopping it

At present, there’s no word on whether Al Iaquinta might get the call to step in against Nurmagomedov. Interestingly, lightweight veteran Evan Dunham, who is scheduled to fight Olivier Aubin-Mercier on the UFC 223 undercard, has offered his services to the UFC, as the hunt for a new opponent for Nurmagomedov continues.

I would be happy to step in against Khabib title shot or not. https://t.co/CTvvopMHcF

Stay tunes for more details on the chaos-infused UFC 223 main event, and what it all means for Khabib Nurmagomedov, as they emerge.