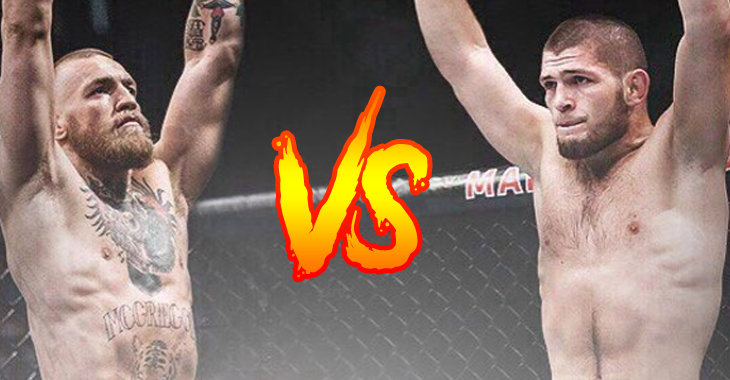 Don’t tell Khabib Nurmagomedov that it’s looking like Nate Diaz will get the next shot at Conor McGregor. After once again missing out on a fight with Tony Ferguson for the interim UFC lightweight title, he’s decided to skip that match-up altogether. After all, why fight for an interim belt if you can fight for the real thing? McGregor said a fight with Khabib in Russia was on his radar and Dana White has mentioned it too, now Nurmagomedov is ready to cash in on the talk. “30 December UFC 219. Las Vegas, Nevada. Let’s go UFC Dana White. Why not?
I think December is the perfect date for this fight. Besides, he himself said he wants
a fight with me after Mayweather.” — Khabib Nurmagomedov via his Instagram.

If for some reason the Nate Diaz trilogy is postponed or never happens, Conor McGregor facing Khabib Nurmagomedov is definitely a huge fight. We know MMA waits for no man, so with Tony Ferguson and Kevin Lee fighting at UFC 216, the winner may be too beat up to be able to make UFC 219 in time. That’s if McGregor even wants a fight with one of those guys. It has long been said that Nurmagomedov is a stylistic nightmare for McGregor, now we may finally be able to see that match-up go down.

Worst comes to worst, Nate Diaz and Khabib Nurmagomedov have a long-standing beef from back at the World Series of Fighting 22’s giant brawl. The younger Diaz brother may just keep holding out for a final McGregor fight, but a fight with Khabib sounds like all kinds of violent fun.