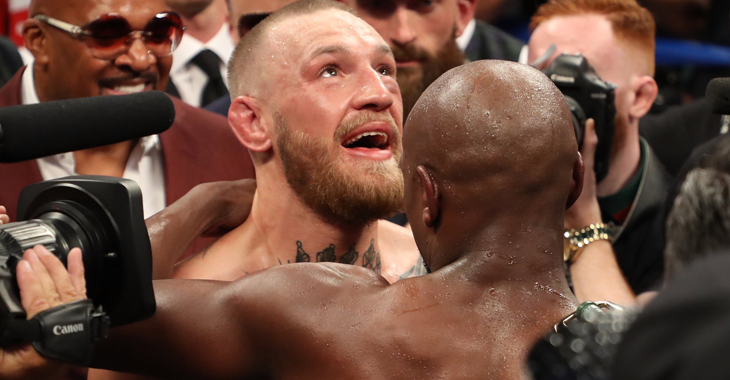 The richest fight in combat sports history ended with a 10th round TKO as Floyd Mayweather landed some clean punches that had Conor McGregor wobbling in the ring. Many thought the stoppage was the right call while others claimed it could have gone longer to give McGregor a chance at recovering.

Darragh O’Carrol, a former ringside doctor and emergency physician wrote an article for Tonic and gave his professional opinion on the stoppage. With McGregor claiming after the fight that he was more fatigued than hurt, O’Carrol agreed with referee Robert Byrd’s decision to call an end to the fight at the moment he did. O’Carrol explained that Byrd likely didn’t call off the fight due to signs of McGregor just being tired.

“Byrd’s calculation to call a stoppage was likely not based on signs of fatigue, but rather signs of traumatic brain injury,” said O’Carrol. “Ataxia, or dizziness and loss of balance, is one of the hallmarks of concussion, a type of mild traumatic brain injury. Fatigue may cause sluggish and slow movements, but does not cause the imbalance and poor coordination exhibited by McGregor in the 10th round. Being wobbly, in the setting of pugilistic trauma, will always be treated as the result of head trauma and not as fatigue. To let a fighter continue on would be grossly negligent.”

O’Carrol said as an Irishman and a self-admitted McGregor fan that he would like to believe McGregor was just fatigued in the 10th round. However, as a physician and former ringside doctor, he believes the fight was stopped at the right time and for the right reasons.

“Continuing the fight would have put McGregor at risk for continued head trauma, risking a future of chronic traumatic encephalopathy, or at worst, repetitive damage leading to a severe traumatic brain injury such as a brain bleed. It wouldn’t be the first time a boxer experienced this, as was tragically the case just this year to young Daniel Franco, who required emergency neurosurgery to save his life.”