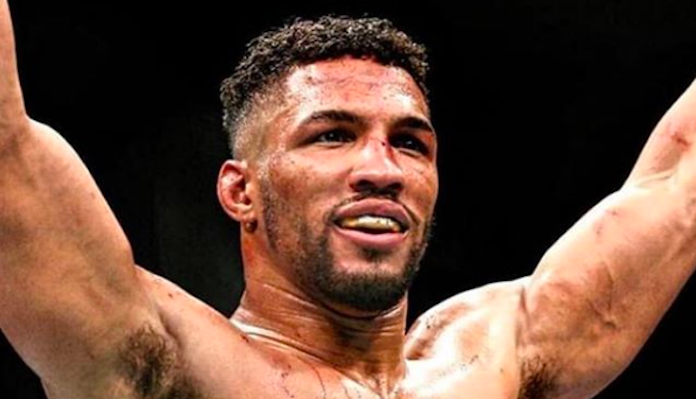 Kevin Lee wants his next fight to be legendary!

Looking to avoid back-to-back losses for the first time in his career, Lee moves up to the welterweight division against former lightweight champion Rafael Dos Anjos at UFC on ESPN+ 10 on May 18. The 26-year-old plans to be a lot more focused in this fight, as opposed to his last outing against Al Iaquinta, a unanimous decision loss at UFC on FOX 31, where he felt distracted.

“I think I lost some of the focus in there. I didn’t see Al as big of a threat.” Lee told MMANews. “That’s something I know I have to address anyways. I think you learn a lot from losses. Even though that was a really close fight, I think they could have squeezed it my way. I learned more from that fight than any other. It’s just about keeping the same pace, the fifth round has to look like the first. For this one I’m going to make sure the judges are out of this, because sometimes they don’t know what they’re looking at.”

Lee (17-4) doesn’t think we’ve seen the best of him in the octagon. Alternating between wins and losses in his last three fights, the “Motown Phenom” believes this will be the matchup that will put his inconsistencies to rest. Having sat cageside for UFC 236 last weekend for Israel Adesanya’s fight of the year candidate victory over Kelvin Gastelum, Lee wants that type of performance on May 18.

“It’s going to be a hell of a fight, that’s all I ask for. When they approached with dos Anjos I jumped on it because I know he’s going to show up to fight. I think I’m going to go out, put my chin down and throw some punches. We’ll see who takes that first step back but if he doesn’t it’s going to be a hell of a fight, I’m preparing for war. I’m preparing to get bloody, have some fun. The causal fans know me, but I haven’t that Israel Adesanya vs. Kelvin Gastelum type fight yet in the UFC. I know it’s in there, I want it. I think dos Anjos is going to give it to me.”