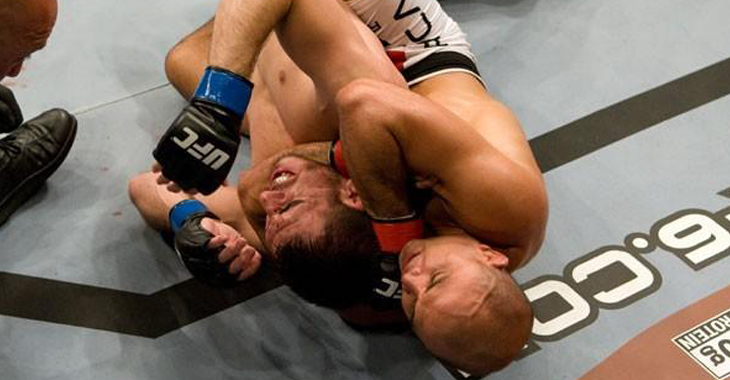 This weekend, in the main event of UFC 210, light heavyweight champion Daniel Cormier will attempt to defend his title against brick-fisted challenger Anthony “Rumble” Johnson. The bout will be a rematch of an exciting 2014 affair, which saw Cormier weather an early storm to submit Rumble in the third.

Speaking to MMAJunkie.com, UFC analyst and former fighter Kenny Florian weighed in on the many variables that come into play in a rematch, explaining that, sometimes, the winner of the first fight will take the rematch less seriously.

“When you’ve beaten a guy already, sometimes you can get complacent,” Florian said, using his experience on the jiu jitsu mats as an example. “Sometimes you can say, ‘I already beat this guy; I don’t have to train as hard.’ And I’m not saying that’s the case for Daniel Cormier.”

“But sometimes you have a little more pressure on you. That might be the case for [Cormier] – I don’t know that to be true. But it very well might be.”

Florian, who never fought a rematch in MMA, then explained who he would have liked to rematch if he had been given the opportunity. His answer? Our very own BJ Penn, who he lost to in a lightweight title fight back in 2009.

“I think that if I wanted to run it back, it would be one of the big fights for the belt, like a BJ Penn or something like that,” he said. “I think that coming off a loss is always easier, or it was easier for me, having faced someone I lost against. It was a lot more motivating coming off a loss.”

Do you think Kenny Florian could have avenged his loss to BJ Penn in a rematch? Sound off in the comments section, PENN Nation!