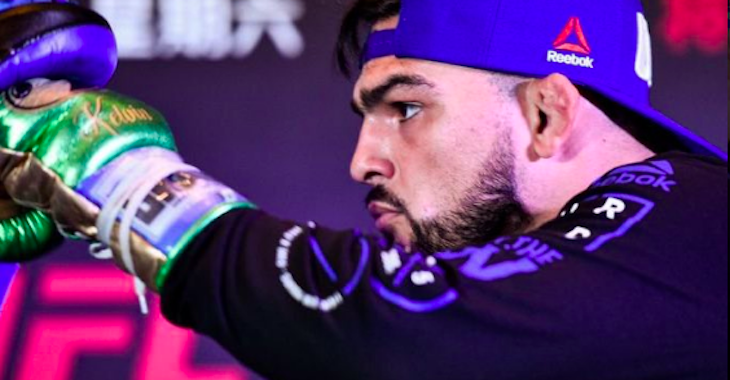 His latest middleweight run began with a decisive defeat of Tim Kennedy. Next, he smashed Vitor Belfort to a first-round TKO – though this win was overturned when he tested positive for marijuana metabolites. From there, he had his momentum halted by a submission loss to Chris Weidman, yet he recently rebounded from that loss with perhaps the best win of his career: a first-round knockout of former UFC middleweight champ Michael Bisping.

Having been so successful as a middleweight, Kelvin Gastelum has been angling for a shot at gold. Unfortunately, with undisputed champ Robert Whittaker battling illness, and Luke Rockhold and Yoel Romero battling for interim gold in the meantime, Gastelum’s road to gold is looking frustratingly long.

“It does bother me a little bit that I haven’t even been considered for a shot, but it is what it is,” Gastelum told MMAJunkie backstage at this past Saturday’s UFC 220. “I know this is a process, and I’m just dealing with the process.”

“What I do think set me back was Robert Whittaker getting hurt and them making that matchup for the interim belt,” Gastelum said. “That sets every middleweight back, because the winner is going to have to fight Whittaker. It’s just going to have to be a process for anyone to get a title shot.”

In the wake of Whittaker’s illness, Gastelum has accepted he’ll have to fight again before fighting for the belt. He just doesn’t know who to fight.

“At this point, it’s hard to say who,” he continued. “I’m kind of just on stand-by. You’ve got the top five over here, and I’m kind of floating over here.”

Who do you want to see Kelvin Gastelum fight next?