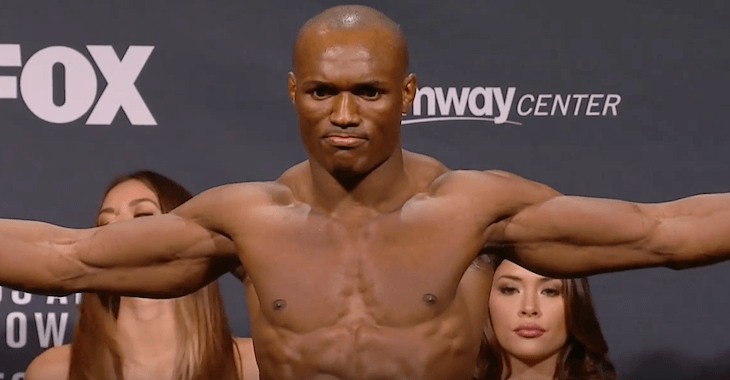 With seven welterweight match-ups booked from now until the end of the year, it was curious that Kamaru Usman became the odd man out. He didn’t find it that confusing though, he actually thought he knew the answer. The fact of the matter is, Usman thinks he hasn’t got a big name opponent because those would-be challengers knew they didn’t have a shot. It’s only fitting that the only guy who rose to the occasion is a viking. That’s right, Usman has been booked to fight Emil Meek at UFC 219.

Kamaru Usman is riding a 10-fight win streak and is battling to finally be recognized by his division as a serious threat. Emil Meek isn’t currently ranked, but he’s on a four-fight win streak himself and won his UFC debut after flatlining the dreaded Rousimar Palhares in Venator. He’s a potential hot prospect who has the danger of being derailed by a contender like Kamaru Usman, but what springboard it will be if he managed to get the win. No matter what, he should get bonus points with the UFC brass for stepping up. With everyone from Usman’s 11th ranked slot up booked in fights, there wasn’t much choice.