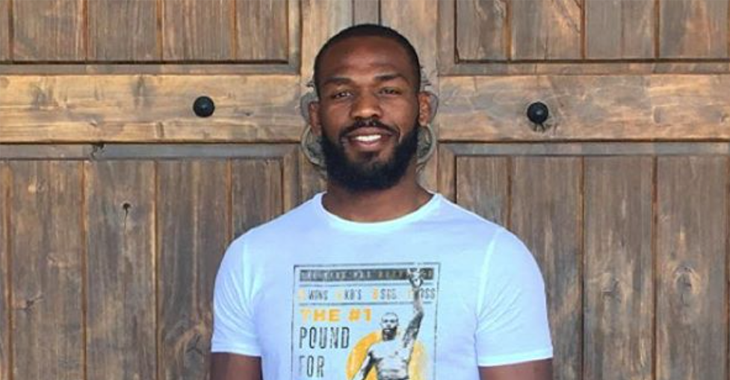 Former UFC light heavyweight champion Jon Jones has found a great deal of success as a mixed martial arts fighter and could go down as the best to ever do it. At 28-years-old, Jones is still in the prime of his career and has many fights left in him that will stamp his place in history.

Interestingly, the 6’4″ athletic specimen says he wasn’t the high school jock that everyone wanted to be friends with, according to an interview he did with Rolling Stone. Instead, Jon found himself in the shadows of his two brothers that eventually went on to become stars in the NFL.

So when Jones started to gain fame and success from fighting in the Octagon, it was a new feeling for “Bones,” and he lapped every bit of it up.

“I really started to get money, started to be able to afford to go out, to have a good time and buy people drinks,” Jones said to Rolling Stone. “Growing up, I was poor. In college I was poor. I never had anything. Then I go from living in a basement to renting out a house. My life just started to change so fast.”

Jones says that his success in the Octagon finally gave him social prowess.

“I was never popular. I always kind of wanted to be accepted with the rich kids, with the cool kids, and I never had that,” he says. “I became popular for the first time in my life, and I became obsessed with it. I loved being able to go to the bar and buy everyone a shot, make people happy, make people like me, and I became obsessed with that way of living.

“I thought I had friends. I thought I was cool for the first time in my life.”

However, legal troubles would put Jones on probation and his days of partying and buying the bar shots have been shut out. Jones says that he is living a sober life now and is ready to show just how good he really is . When the partying stopped, Jones says all the calls he got on Friday nights from his “friends” dwindled down, which is giving him more time to focus on fighting and seeing where his talent will set him in the history books.

Jon Jones will get his chance on April 23rd to further his legacy when he faces short-notice opponent Ovince Saint Prex in an interim light heavyweight championship fight. The winner will then go on to face the current champion Daniel Cormier to unify the belt to become the undisputed champion.