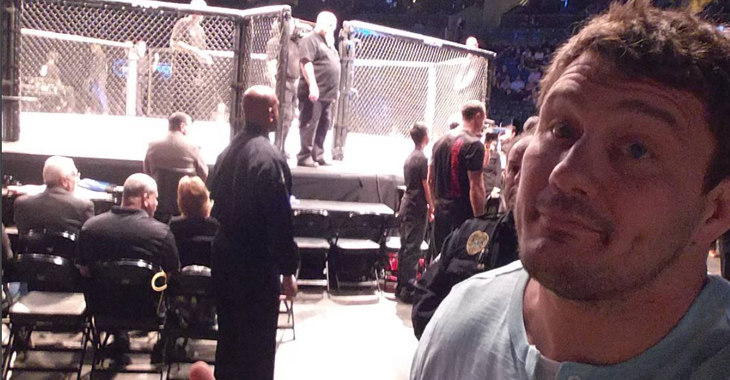 Former UFC heavyweight fighter Matt Mitrione is happy with his decision to join Bellator MMA. After failed negotiations with the UFC, Mitrione opted for the promotion’s biggest competitor that offered a more lucrative opportunity.

“Some people are so brainwashed,” Mitrione told Bleacher Report. “They say, ‘How dare you think about business like that?’ If you cite money, you’re a greedy pig. If you cite anything else, you’re a scared p—y. It’s crazy. The thing is, the UFC has become bigger than the sport, and what’s bad about that is so many people want to be in the UFC that everyone else is an afterthought. There are guys in smaller organizations that their only goal is ‘I want to go to the UFC.’ And I’ll tell them there might be more money in another place. And they’ll say, ‘It doesn’t really matter. That’s my goal.’ But once people get to the UFC, they might get the disenchantment of what’s going on. If you’re a veteran in the UFC, you’ll see it.”

As a UFC veteran, Mitrione says that the uniform sponsorship deal the UFC worked in with Reebok put a chokehold on a major pipeline for fighter’s income.

“Being famous and being in the UFC doesn’t do you any good if you can’t capitalize on it and monetize it realistically,” he continued. “It’s not feasible for the most part. They took so much money from us and so much revenue-earning potential from us, it changed the entire landscape of everything. I don’t understand why anyone would re-up with the UFC unless they’re still caught up in the glamour of being in the UFC.”