Coach Wink posted of photo with Jon Jones, who just so happened to be wearing a hat reading “The wait is over. Jon Bones Jones”.

The famous mixed martial arts coach even captioned the photo with the following message for fight fans including the hashtag UFC 232.

“The wait is over @jonnybones is back! @winksgym #oldguysrule #livingthedream #mma #mmafighter #champion #ufc232 #ufc”

Earlier today “The Mauler” took to Twitter where he announced that he had signed his bout agreement and was now getting pissed off while waiting for Jon Jones to do the same.

@jonnybones, you are pissing me off! I signed my agreement. Where are you?? Are you chickening out again?? Stop being a coward! #chicken #signthecontract #scared @ Allstars Training Center https://t.co/8TfFPjRVNc

“@jonnybones, you are pissing me off! I signed my agreement. Where are you?? Are you chickening out again?? Stop being a coward! #chicken #signthecontract #scared @ Allstars Training Center” – Alexander Gustafsson 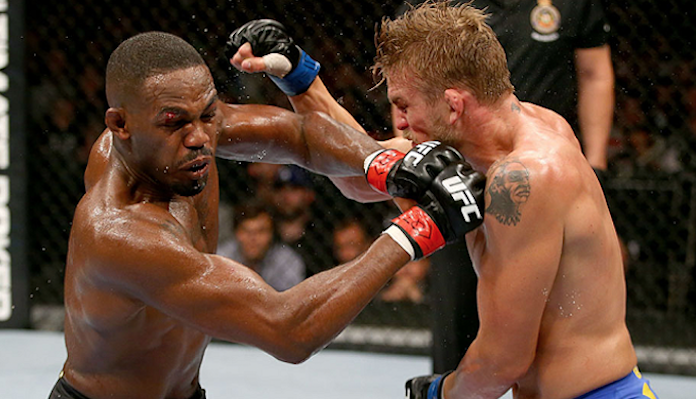 In a recent interview with ESPN, the current “champ champ” Daniel Cormier revealed that the UFC want’s him to relinquish his light heavyweight title in order for a Alexander Gustafsson vs. Jon Jones title fight at UFC 232.

It appears as if the stars have aligned, meaning Jon Jones likely received the pay-per-view points he was looking for, and now all that remains is an official announcement from the promotion.

After engaging in one of the greatest fights of all time in their first encounter, who are you picking to win when Alexander Gustafsson and Jon Jones rematch on December 29 in Las Vegas?