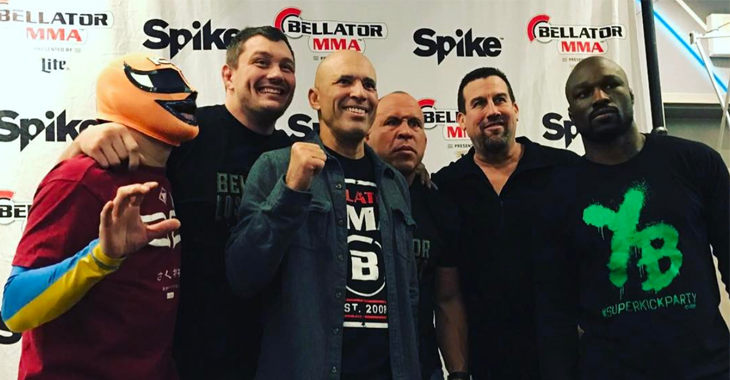 “I first want to say how grateful I am for the opportunity I have been given to work with the incredible team Bellator has assembled,” McCarthy said in a statement, simultaneously announcing he’s retiring from officiating MMA. “It is always so hard to leave something you love, but I have always wanted to step away based on my terms rather than someone else’s. My goals are to work as hard as I can to meet the expectations everyone will have for me and to hopefully someday exceed them. I cannot think of anyone I would rather be working with than Scott Coker. Scott has always been a person I admire because of his honesty, loyalty and love for the martial arts. I want to thank everyone from Bellator and Viacom for the trust you are bestowing upon me to keep the commentating of Bellator MMA at the highest levels of the sport.”

McCarthy will make his Bellator broadcast debut at Bellator 192 on January 20, which is headlined by a welterweight title fight between champ Douglas Lima and challenger Rory MacDonald, and co-headlined by a Chael Sonnen vs. Quinton “Rampage” Jackson fight, which will serve as the opening bout of Bellator’s 2018 Heavyweight Grand Prix. This stacked card will air on the new Paramount Network.

How do you think Big John McCarthy will do at the broadcast desk?