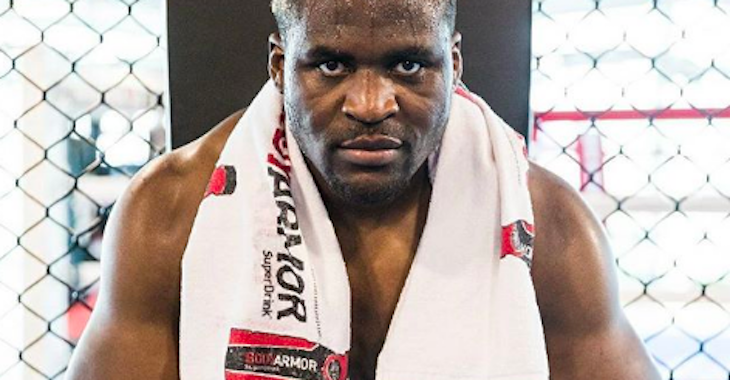 On January 20, in the main event of the stacked UFC 220, surging French-Cameroonian heavyweight contender Francis Ngannou will step into the Octagon with UFC heavyweight champion Stipe Miocic.

Over the course of his destructive run in the UFC’s Octagon, Ngannou has flaunted some truly terrifying punching power – something many fans and pundits believe could spell disaster for Miocic. That said, Ngannou has not yet been tested by a truly elite wrestler. As a former NCAA standout, Miocic could well be that wrestler.

Speaking to MMAJunkie.com, the challenger Ngannou addressed the champion’s perceived advantages in the wrestling department.

“Of course he’s a good wrestler, but my little technique, plus my power, I can stop it anywhere I want, when I want,” Ngannou said. “Every single thing that he will try, I will stop it. I will put my trap everywhere, so he might bring himself in the trap, and I will just close the trap.”

Ngannou also made the bold claim that, had he arrived in the UFC just a little earlier, Miocic never would have earned the strap.

Whatever the case, Ngannou plans to capture the heavyweight title at UFC 220, and continue what he believes will go down as a truly special career.

“I’m not just looking to beat Stipe and be the champion and be complete. No, I’m looking forward to doing something really (special). I don’t know what, but maybe something that someone has never done.”

Do you think Stipe Miocic’s wrestling could be problematic for Francis Ngannou at UFC 220? What’s your prediction for the fight?