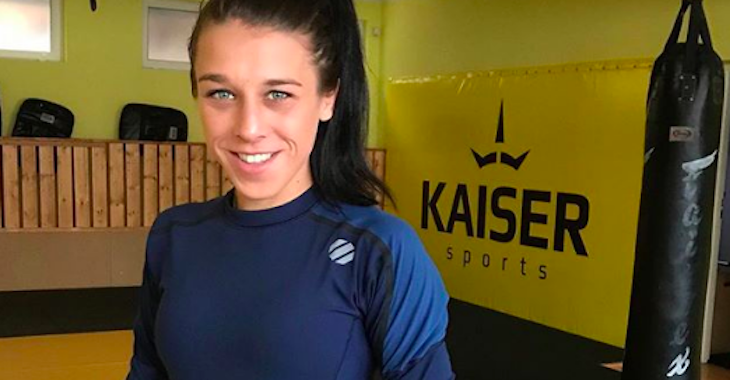 We can now add another item to former UFC strawweight champion Joanna Jedrzejczyk’s long list of accolades, achievements and awards. The striking specialist will carry the Olympic torch for her home country of Poland in the lead up to the 2018 Winter Olympics in Pyeongchang, South Korea.

Jedrzejczyk announced this news on a recent radio appearance, as reported by sportowefakty.wp.pl.

“It’s a huge honor. MKOL (International Olympic Committee) decided that me, as a representative of mixed martial arts will carry the Olympic fire,” Jedrzejczyk said (via MMANytt.com). “MMA is far away from being Olympic competition, so it’s huge merit for me to represent our country on so huge international area. I’m very happy with that.”

Jedrzejczyk will not be the first UFC fighter to carry the torch, as Antonio Rogerio Nogueira carried it for his home country of Brazil in 2016. MMA legend Fedor Emelianenko has also carried the torch for his native Russia in the past, and even appeared in an awesome promo ahead of the winter Olympics in Sochi.

Joanna Jedrzejczyk last fought in November, when her dominant reign as UFC strawweight queen came to a skittering halt thanks to a first-round Rose Namajunas punch. Since then, she’s been campaigning for another shot at UFC gold, whether it comes in a rematch against Namajunas, or in a new matchup against another champion.