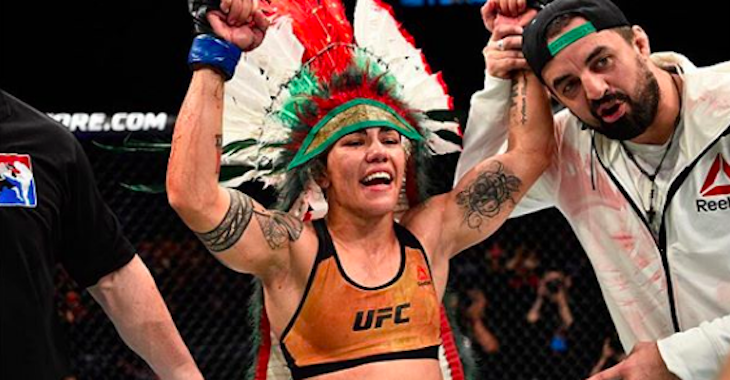 Former UFC strawweight title challenger Jessica Andrade made her case for a second shot at the belt tonight in Orlando, earning a unanimous decision victory over surging contender Tecia Torres.

Andrade was able to use her strong ground game to control Torres for the better portion of fifteen minutes on route to the unanimous decision victory.

Here is how the pros reacted to Jessica Andrade’s impressive performance:

Insane to think how thoroughly one-sided Andrade/Joanna was. You need go play matador to beat the bull, and Torres just didn't have the tools to keep that range.

Fun fight. Jessica Andrade has stormed back to a 115-pound title shot. Clear victories against the likes of Claudia Gadelha and now Tecia Torres. I'm looking forward to seeing her get a second crack at a belt.

Give them all the money @ufc

This card is SO FUN

Another great fight. Fox has to be happy with this card. Hopefully casual fans are watching because there is no way they aren’t entertained.

The next time Jessica Andrade fights for the title, she's going to win. #UFCOrlando

What did you think of Jessica Andrade’s impressive win over Tecia Torres at UFC Orlando? Sound off PENN Nation!