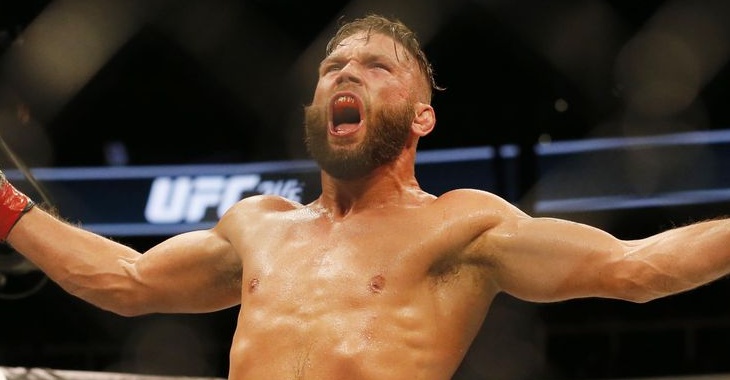 Round one begins and both fighters are trying to find their range early. Stephens lands a nice low kick. He just misses with a left hook attempt. Stephens takes the center of the octagon. He misses with a low kick. He goes to the body with a hook. Emmett fires back with a low kick but it hits Jeremy in the groin. The referee steps in to let Stephens recover. We restart and Emmett charges forward with a big right hand. Jeremy avoids the punch and circles out. Stephens attempts a flying knee but misses. Emmett looks to capitalize with some counter strikes but Stephens is able to avoid anything significant. Jeremy with a nice left hook to the body. Emmett smiles at him so you know it hurt. Stephens presses forward but Emmett catches him with a right hand. Stephens hit the decks. Emmett jumps on him with ground and pound. Jeremy is able to scramble and get back to his feet. Emmett is utilizing a lot of movement. He lands a body kick and the horn sounds to end round one.

Round two begins Stephens lands a nice low kick to start. Emmett replies with a kick to the body. Stephens circles and then throws a spinning back fist that partially lands. Emmett misses with a hook and Jeremy fires off a low kick. Stephens with a left hook that floors Emmett. He follows up with some violent ground and pound and Emmett is out cold. My good lord! Stephens is an animal!