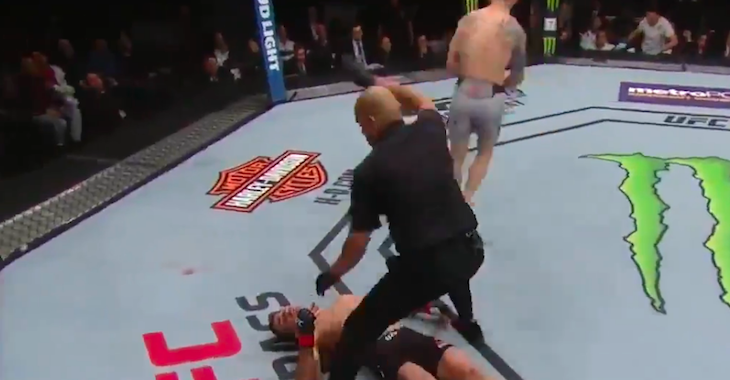 Though the amply more experienced Ricardo Lamas entered this fight as a significant betting favorite, Emmett came through in the biggest way possible. As the first round wore down, the Team Alpha Male staple planted a rocket-fuelled left hook right on Lamas’ chin, and that was all she wrote. Lamas plummeted to the supine position, where a classy Emmett left him be, sensing that no further punishment was required.

With this win, Emmett builds on the momentum of a decision defeat of Felipe Arantes. Now one of the hottest contenders in the UFC featherweight division – and very possibly a new member of the division’s top-10 – he is 13-1 overall, and 4-1 in the UFC’s Octagon.

Stay tuned for the results of the UFC on Fox 26 main event, coming up in a few moments!