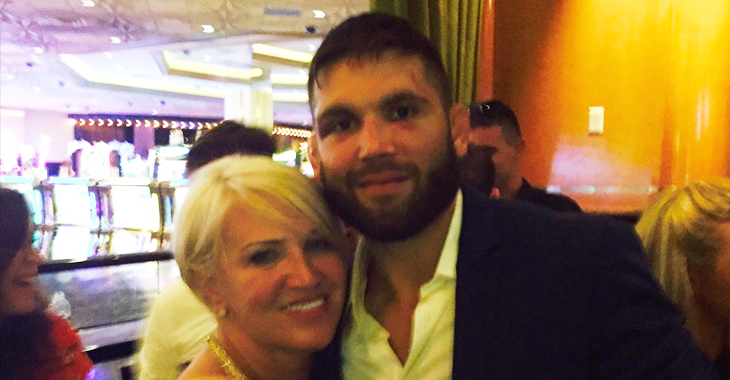 Jeremy Stephens was able to put on a great performance against scrappy veteran Gilbert Melendez at UFC 215, but there’s one exchange he’d like to forget. Back at the UFC 205 press conference, he tried to zing Conor McGregor on the spot by saying he’s the ‘hardest hitting 145er’ up there. Quick-witted McGregor clapped back by asking who the ‘fook’ was that speaking to him. The line has been memed, remixed, and quoted endlessly ever since. Just a couple of days ago, Stephens was even trolled by Korean Zombie on Twitter with it after calling him out. Finally, Stephens exacted his revenge. The UFC featherweight posted a picture of him with Margaret McGregor, Conor’s dear ol’ mom, with a tongue-in-cheek hashtag. If all else fails, go straight for a joke about some fighter’s mother. Of course, this comeback arrived 395 days after the fact. However, to a guy who probably hears it a couple of times every day, the wound has to still be as fresh as it was that November afternoon back in 2016. Jeremy Stephens has been unsuccessful in arranging fights with Chan Sung Jung and Jose Aldo, maybe he’s trying to angle a fight with McGregor like a lot of other UFC fighters.