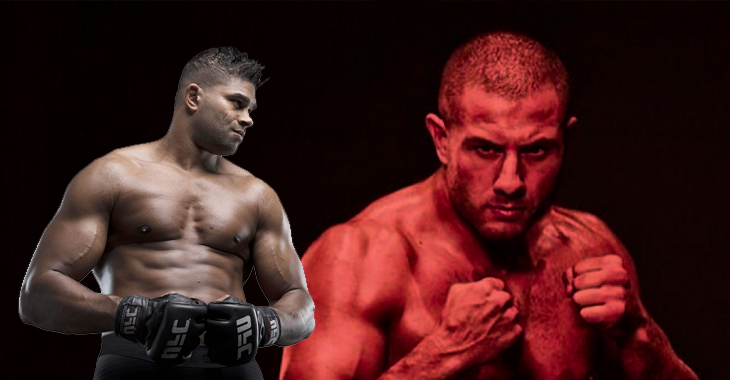 Japan loves Alistair Overeem. From all his fights in PRIDE and multiple kickboxing matches in K-1, he became a legend in Japan way before he gained notoriety as a feared heavyweight in the UFC. It just makes sense that The Reem would be in Tokyo ahead of UFC Japan to enjoy the fights with the rest of us. During media day, Overem made sure to put a good word in for another K-1 veteran who makes his debut on Saturday: Gokhan Saki.

“I love coming [to Japan]. There’s a lot of memories. A lot of different promotions, a lot of fighters, coaches, a lot of experiences here. So, we continue now here with the UFC, yet another new promotion. I’m very curious about the show, very curious about the fans, how the energy will be. If we can capture the same energy as the previous shows, Pride and the K-1. Of course this is a little bit of a different audience than the American audience or the Brazilian audience. But I’m sure, they have a great fight card and my friend Gokhan Saki is always good for action. So, it’s going to be a great event I’m sure.”

What are the thoughts of @Alistairovereem on me and his prediction of the fight #ufcjapan #ufc #overeem @ufc @UFCEurope pic.twitter.com/OcAjvAIKYr

“[Gokhan] Saki is a very intelligent fighter. At the time of the K-1, was very, very ahead of the game with a lot of technical aspects. I would say that he is the most technical K-1 heavyweight and light heavyweight, for that matter. His speed, his combinations He’s actually a light heavyweight, but he was fighting heavyweight, he was fighting with the big guys. So, I have full confidence in him and his team that he will do great in analyzing the game and analyzing what he needs to get the victory this Saturday.” — Alistair Overeem speaking to MMA Plus.

If anyone knows Gokhan Saki, it’s Overeem. The two fought in the semi-finals of the 2010 K-1 Grand Prix, the same grand prix that Overeem won to become champion. Seven years later, and the two men are in the UFC together. It’s a wild and crazy combat world that we live in, but we wouldn’t have it any other way. Gokhan Saki makes his UFC debut this Saturday against Henrique da Silva. It will be his second ever MMA fight, but he comes into the UFC with 96 kickboxing bouts (83 wins, 12 losses, 1 no contest) on his record.