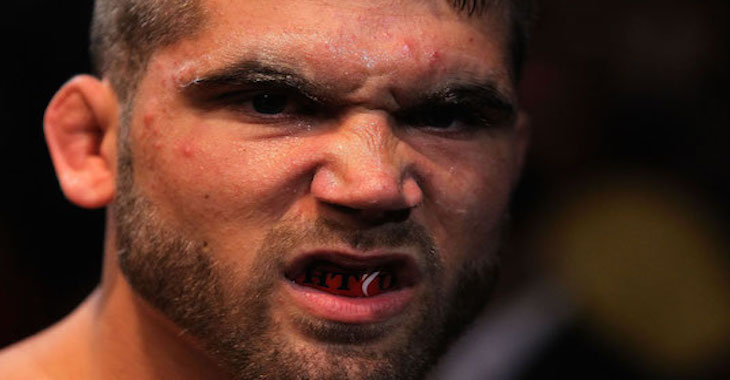 Last month, on the undercard of the massively hyped UFC 205, long-time featherweight contender Jeremy Stephens came up short in a fun fight with former lightweight champion Frankie Edgar. Though he nearly finished his foe with a second-round head-kick, Stephens was outworked for the rest of the fight, culminating in a clear unanimous win for Edgar.

With this result, Stephens took a few steps back down the featherweight ladder. He’ll now need a big win against a reputable opponent before he’s talked about as a contender again. He is already on the hunt for that next opponent.

On Monday evening, the brick-fisted featherweight took to Twitter to call out Clay Guida, one of the only fighters in the division with the wealth of pro experience to rival his own.

Clay Guida- I'm a fan, but you're asking for an opponent and I've wanted this fight for years. It'll be an honor to make this fight happen. pic.twitter.com/nb8JGEUxOq

“Clay Guida- I’m a fan, but you’re asking for an opponent and I’ve wanted this fight for years,” Stephens said in his courteous, Twitter callout of Guida. “It’ll be an honor to make this fight happen.”

Where this fight to happen, it would mark Guida’s opportunity to bounce back from back to back losses to Thiago Tavares and Brian “T-City” Ortega. Prior to his current skid, he alternated defeats of Robbie Peralta, Tatsuya Kawajiri and Hatsu Hioki with losses to Chad Mendes and Dennis Bermudez. The wild-haired 35-year-old, who has been fighting since 2003, is currently 32-17 overall.

Stephens, meanwhile, would enter this prospective fight with a 25-13 overall record. He has gone a tough 2-4 in his last 6, having sandwiched defeats of Dennis Bermudez and Renan Barao between losses to Cub Swanson, Charles Oliveira, Max Holloway, and Edgar. He’s been fighting professionally since 2004.

Would you be interested in a Jeremy Stephens vs. Clay Guida fight? If it were to occur, who do you think would come out on top? Make your voice heard in the comments section. Sound off, PENN Nation!