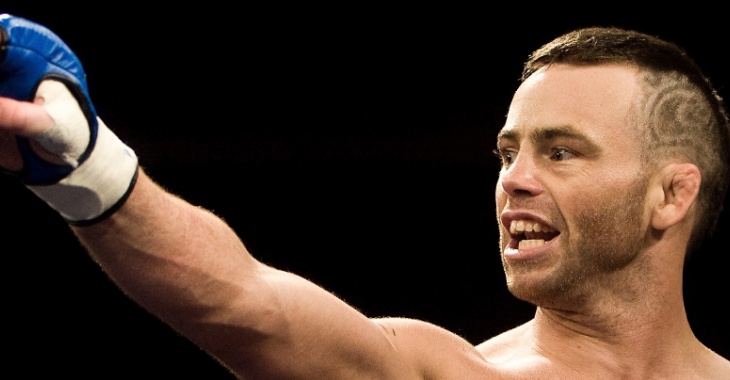 Few fighters were as essential to the lighter weight classes’ growth back in the early days of MMA as Jens “Lil Evil” Pulver. He was the UFC’s very first Lightweight champion and actually never lost the title. Pulver defended twice then took his fighting skills elsewhere.

In his first defense, he was a part of the first Lightweight fight to headline a UFC event. His opponent? None other than the twenty-two-year-old prodigy, BJ Penn.

The future two-division champion, Penn would square off with Pulver twice throughout their careers going 1-1 against each other. The first time going to Pulver, which was Penn’s very first career loss. The second going to Penn five years later after the two coached opposite squads on season 5 of The Ultimate Fighter.

Pulver has been retired since 2013 but with the news of the UFC working on heading to Hawaii, Hunter Homistek has reported that Pulver said on a Twitch stream with Jason Nawara that he may have some interest in capping off a trilogy with his old rival in Penn’s home state’s first visit.

Jens Pulver just said he'd come out of retirement to face BJ Penn at #UFCHawaii. He doesn't "want to" but would love that fight. "It'd be pretty cool." @JasonNawara @SecretMovesMMA https://t.co/7JmoscNz34

Jens Pulver just said he’d come out of retirement to face BJ Penn at #UFCHawaii. He doesn’t “want to” but would love that fight. “It’d be pretty cool.” @JasonNawara @SecretMovesMMA

The talk of a UFC event in Hawaii has been going on for years but it looks like it might finally happen this year.

It would just feel wrong for UFC Hawaii to not include their all-time greatest fighter, but who he may fight is the biggest question. Would the UFC even be interested in this trilogy? Surely all longtime fans of the sport would get some strong nostalgia just from seeing each fighter stand across from each other one last time.

The UFC Hall of Famer, BJ Penn last fought in June of 2017 when he lost a majority decision to Dennis Siver in a Featherweight bout.

Would you be interested in this throwback battle of UFC Lightweight legends?