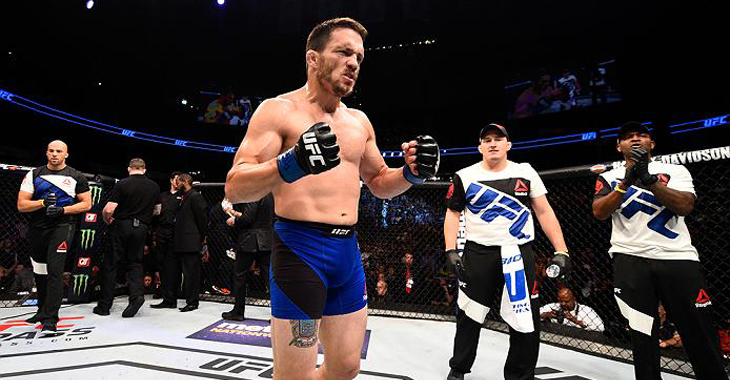 If you watched UFC Fight Night 108, which went down in Nashville, Tennessee in late April, you watched Jake Ellenberger get cut down by a blistering Mike Perry elbow.

Ellenberger’s knockout loss to Perry was brutal enough that it caused many members of the MMA community to suggest it might be time for him to retire – especially given the fact that it’s not his first knockout loss of late.

On the most recent episode of MMAJunkie Radio, however, Ellenberger explained that he’s not quite ready to hang up the gloves.

“Unfortunately, I’ve been in this place before,” he said. “Nobody can decide (but me). I’ve been a critic, myself, talking about guys and when they should be done, but it’s really no one’s decision but your own. The many ways I pictured that fight going, (getting knocked out) was never a thought. That’s what makes this sport as interesting and unique as it is. I know what time it is. I know my door’s coming to a close, but that’s not how I want to be finished. I know what time it is. I’m 32. I’m not 22 anymore. But I still enjoy what I do.”

“For me, health is No. 1,” he said. “My family, my son – these things are definitely the most important. But you have to ask yourself why you’re still in it, and do you have a date when you want to be done. People’s careers come to an end before most of them anticipate it in most professional sports. I think i have a good idea when I’m going to be done, and I think that’s a big part of the exit strategy.”

“If I’m struggling or not doing well in the gym, that’s an easy sign to the door. But when I’m beating everybody in the gym – everything’s going right right now. Everything’s clicking. What happened with Perry happened. But I haven’t missed a step. I’m not slowing down. I’m pretty cerebral. I had a great strategy. It’s one of those things – things were going very well for me, so it’s easy to say I’m not done.”

Do you think Jake Ellenberger has a few more good fights left in him?