Giga Chikadze has suggested that former featherweight champion Max Holloway would be an easier fight for him than the current champ, Alexander Volkanovski.

Currently ranked at #8 in the featherweight division, Chikadze is a rising star at 145lb and is arguably one of the most in-form fighters in the UFC. The Georgian hasn’t lost since getting submitted on Dana White’s Contender Series in 2018.

Since then, he’s racked up nine victories and seven straight since making his Octagon debut in 2019. The 33 year old is also riding a streak of three straight finishes including a third round knockout against Edson Barboza at UFC Vegas 35. 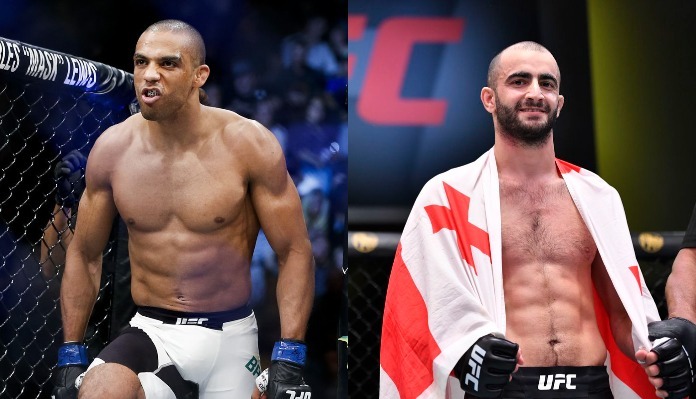 On his current trajectory, Chikadze is destined to fight against the best in the business and he’s been openly courting a dance with Holloway. Speaking to Submission Radio, Chikadze said,

“I believe Max needs to fight me, to go to title shot next time. No one really wants to see Max and Alex [fight] again and again. Now it’s time for me to get a big fight like Max and I’m ready to do it. I wanna get this fight as soon as possible. He’s worried about it… but people want to see this fight.”

“He said he’s the best boxer, I know I’m the best striker. So this fight is going to be a standing fight and I guarantee you when the fight finishes he will be walking with crutches,” added Chikadze.

Holloway suffered back-to-back losses to Volkanovski in 2019 and 2020. The second defeat was via split decision and it remains a hotly-debated result. Volkanovski has repeatedly said he’s not keen on a trilogy with Holloway and will defend his title for the second time when he takes on Brian Ortega this weekend.

Chikadze clearly rates Volkanovski highly. He’s tipping the Aussie to get the job done but isn’t ruling out Ortega after his recent upturn in form.

“If I wouldn’t see Brian’s last performance, I would definitely give this fight to Volkanovski,” said Chikadze in an interview with MMAFighting.

“But we’ve seen how Brian progressed, we’ve seen his boxing. So his strategy was very good when he fought ‘Zombie’ and I don’t know man, it’s a very tough one. I still having Volk in this fight but I will not be surprised if Brian gets the job done,” added ‘Ninja.’

It seems that Chikadze is definitely keeping a close eye on the top of the division. Do you think he has what it take to beat Holloway?