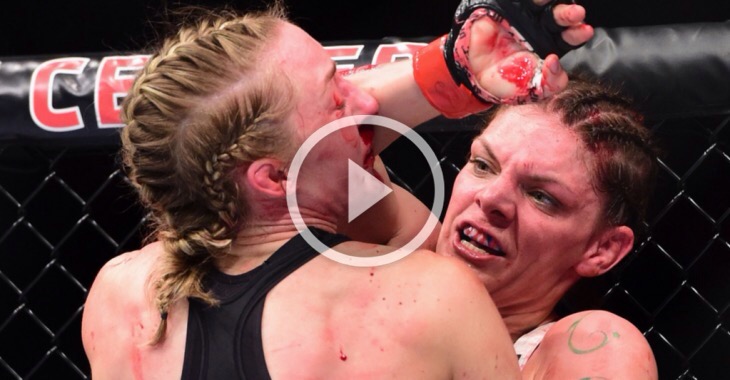 Last night’s event at Fight Night Pittsburgh had a little of everything. What some missed was a great performance from Lauren Murphy and Kelly Faszholz who received ‘Fight of The Night’ honors for their efforts. Murphy finished the fight via TKO to snap a two fight skid, who previously was undefeated going into the UFC.

The Fight of The Night honor has only been given to one other woman bantamweight in the UFC, Ronda “Rowdy” Rousey.

Check out the well placed punch and a little blood splatter on the lens in this Gif.