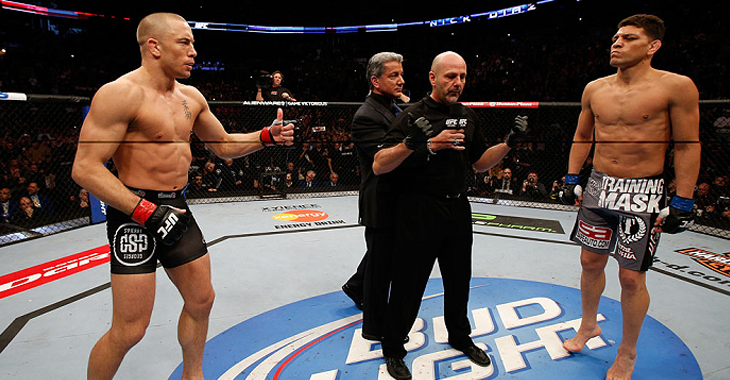 Georges St-Pierre recently stated that he has enrolled in USADA’s drug testing program so that he can be eligible to fight in the UFC once again.

While no official word has been released from the UFC on GSP’s return, Big Brand Boys reports that sources are telling them that the UFC and St-Pierre have come to an agreement for “the comeback of the year.” The report also states, “it seems the date of return has finally been set,” which is on December 10 at UFC 206 in Toronto.

The report says that rumors are going around that GSP’s first fight back in the UFC may be a rematch with Nick Diaz.

St-Pierre and Diaz fought at UFC 158 in 2013 where GSP won a five-round unanimous decision.

Who do you want to see Georges St-Pierre matched up with for his comeback fight? Is Nick Diaz the fight to make? Sound off in the comments!