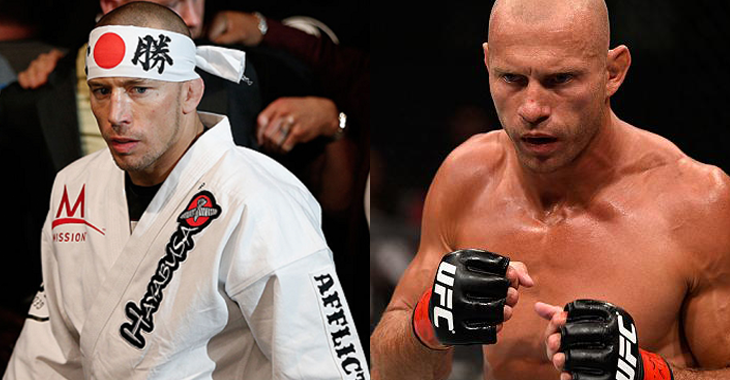 Some big players in the world of mixed martial arts are about to drop some big news on Wednesday.

According to a press release sent out on Monday, an “industry re-defining” announcement will be made on Wednesday on a media conference call.

Notable names that are to be on the conference call on Wednesday include former UFC welterweight kingpin Georges St-Pierre, former UFC heavyweight champion Cain Velasquez, former UFC bantamweight champion T.J. Dillashaw, as well as fan favorites Donald Cerrone and Tim Kennedy. In addition to the fighters, the founder of Bellator MMA, Bjorn Rebney will also be joining the call.

O’Malley Hansen Communications told MMA Fighting’s Marc Raimondi that all further details regarding the announcement have been embargoed until Wednesday’s conference call.

Both Donald “Cowboy” Cerrone and Tim Kennedy have taken a vocal stance on a union or association for fighters and Georges St-Pierre’s recent battle with the UFC to fight again have many believing that the call will regarding some type of union or association. MMA Fighting also interestingly points out that St-Pierre, Velasquez, Dillashaw, and Kennedy are all under the representation of the Creative Artists Agency (CAA), which is a talent agency competitor to the UFC’s new owners, WME-IMG.

The media conference call is scheduled to take place on Wednesday at 4 p.m. ET.

What do you think the “industry re-defining” announcement will entail? Do you think that a fighter’s union or association will help the sport of mixed martial arts grow and give the fighters a more even playing field with the promotions? Sound off in the comment section!